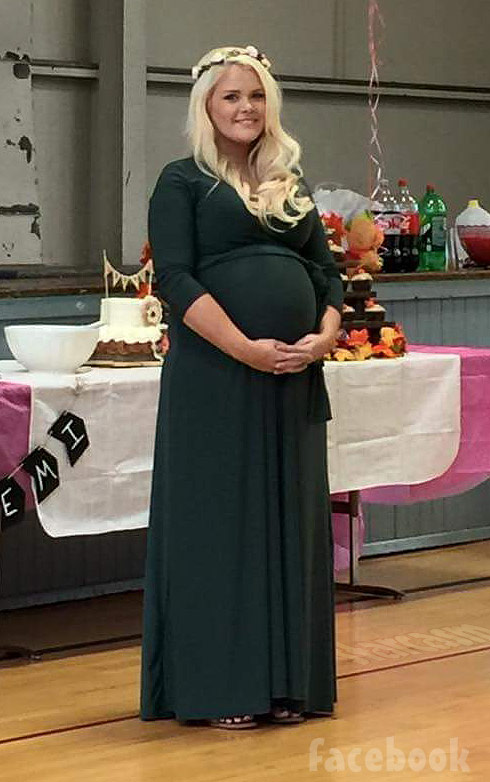 It’s a good time to be Teen Mom 2 dad Corey Simms! Three days ago news broke online that he has reportedly gotten primary custody of his twin daughters Aleeah and Aliannah from ex Leah Messer, and earlier today he and wife Miranda Simms celebrated their growing family with a fall-themed baby shower! 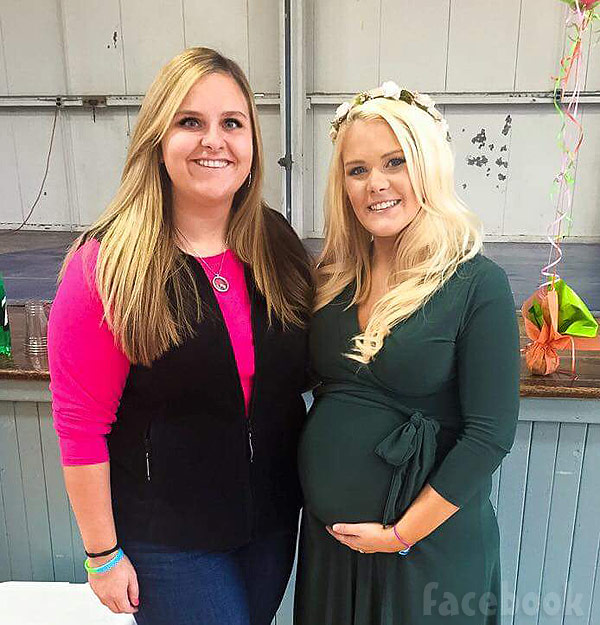 Numerous photos have percolated online, and in them Miranda looks AMAZING in a dark full-length dress and a floral hair band. Also present was Corey, who wisely did very little to upstage his glowing wife by sporting his usual jeans and t-shirt combo complete with a camo baseball cap: 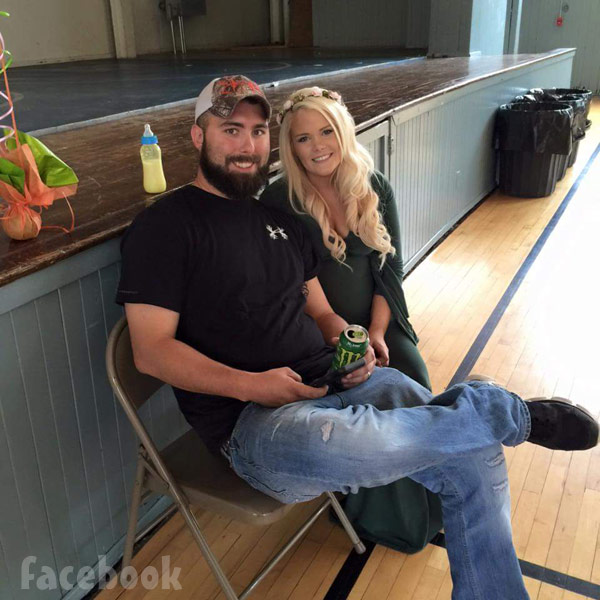 Miranda is pregnant with a little girl and is due in January, 2016. It was previously reported that the newest addition to the Simms family would have a name that started with the letter “R” and that appears to be the case as these next photos clearly reveal her name will be… 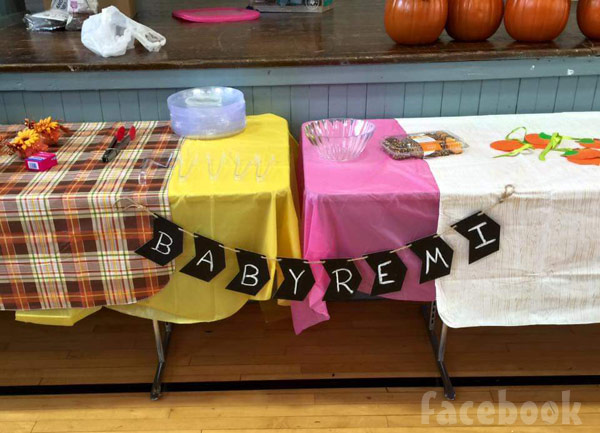 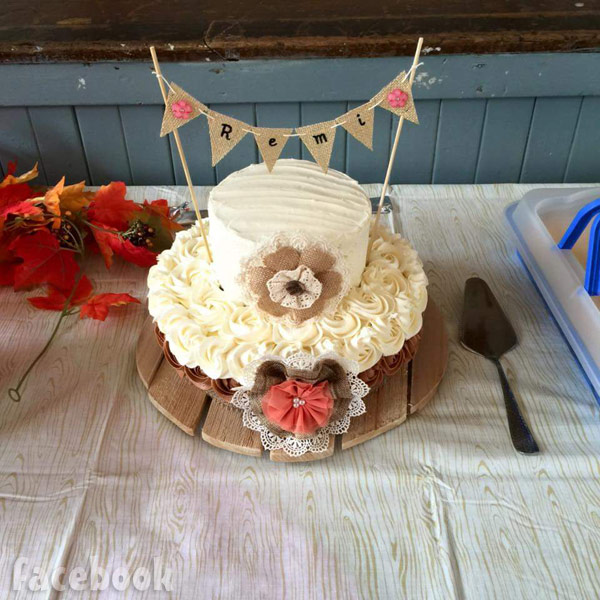 And this photo would seem to indicate that “M” is her middle initial: 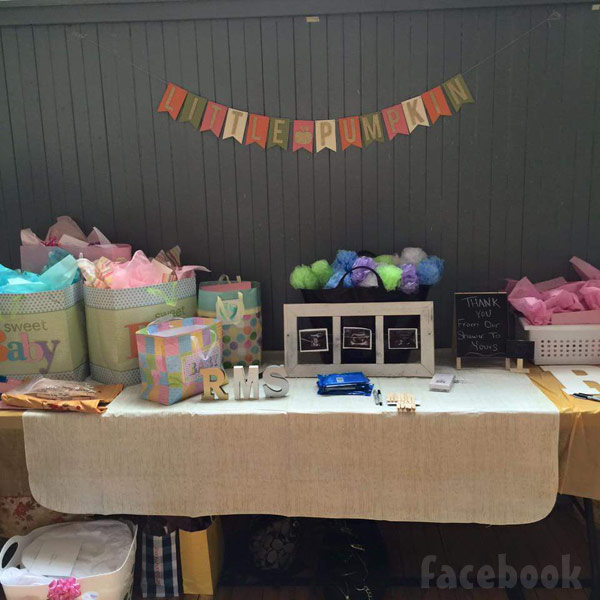 Could it be Remi Miranda Simms?

Here are a couple more great photos from the shower: 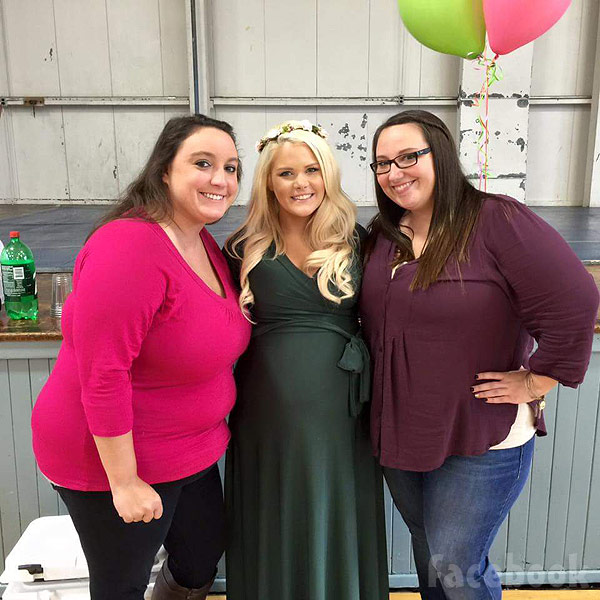 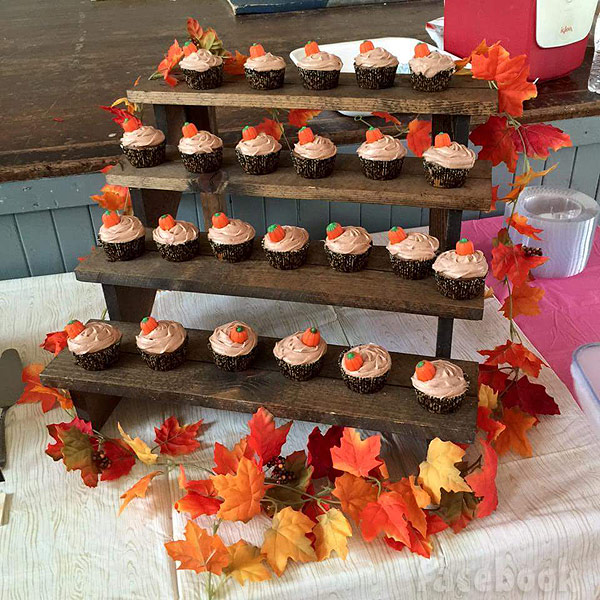 Unfortunately, we’re not hearing much from Miranda or Corey themselves on social media. Miranda’s Twitter account is still active, but her last tweet was two-and-a-half weeks ago. Corey has apparently deactivated his account, but according to his dad Jeff Simms, it isn’t necessarily a permanent move:

Congratulations to Corey and Miranda! We wish them the best, as we do for Leah. Hopefully, the new custody arrangement will help provide stability for everyone while allowing Leah some extra time to focus on herself and achieve her goal of being the best mother she can be.

PHOTOS Kailyn Lowry’s back tattoos and what they mean