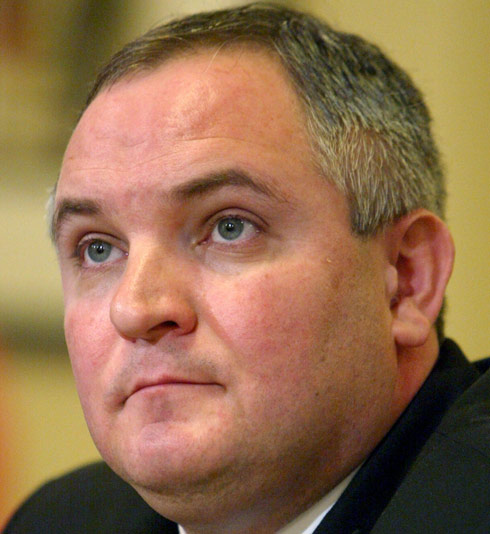 I’ll admit this is a desperate attempt at giving Conan a birthday shout out but I don’t care.  This was one of those blogger brain busters that happened in sequential order.  I heard about a recent post from TMZ that D.C. Househusband and noted gate crasher Tareq Salahi was close to inking a deal with Playgirl.  The shoot would involve him riding off into the sunset – butt naked on a horse.

I considered running a post about that but figured it would be in better hands with our resident photoshop guru Asa Hawks so I passed.  I moved on to Conan and his birthday and when I dropped by his official site this image was staring me in the face: 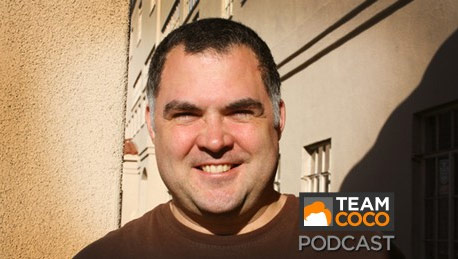 My strange worlds collided as I realized that Andy Richter’s sidekick’s other sidekick is a dead ringer for what used to be The Real Housewives of D.C.’s Tareq Salahi!  It was such a wonderful random doppelganger piece I felt compelled to run with it.  That and I wanted an excuse to show the hilarious clip of Andy’s new sidekicks:

Andrés du Bouchet is his name and he’s a very funny man.  He was featured at the top of Conan’s site in the most recent podcast from his show.  It’s good stuff and I encourage you to check it out here.  You may also recognize him in his roles as Fat Jesus and the world’s creepiest TSA agent, Martin Batista.

All of this is leading to the inevitable side-by-side doppelganger image so here it goes.  Ladies and gentleman the unquestioned most random dude looks like another dude image in my repertoire: 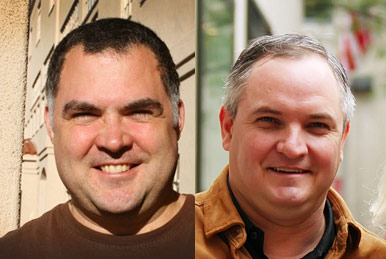 So as a happy birthday wish to my main man Conan and the awesomeness that is Team Coco I am spoon-feeding the guys and gals of the great TBS show a ready-made skit.  Tareq Salahi will be on a horse exposing his Salahiney for Playgirl.  You have a hilarious writer and great on-camera guy who’s a dead ringer for the man.  You know what to do Conan, which is to ignore unfunny bloggers!