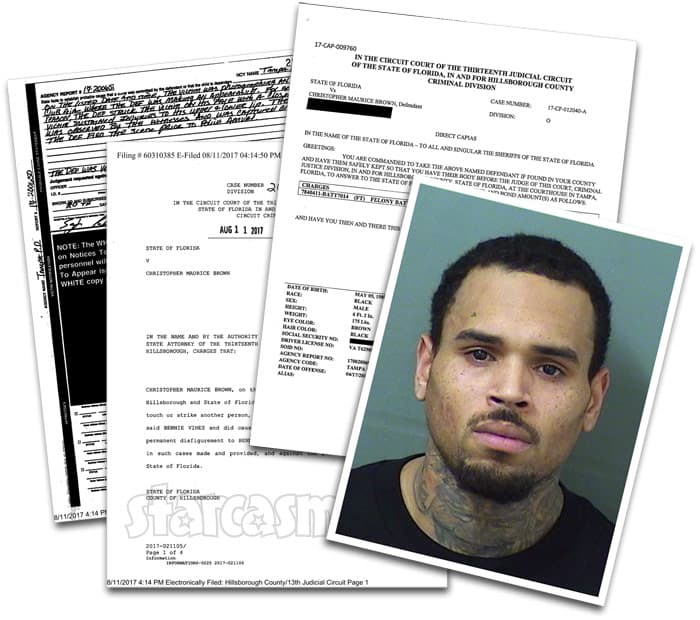 Singer Chris Brown was back behind bars again in Florida on Thursday after he was arrested on an outstanding warrant for felony battery stemming from an April 2017 incident at a Tampa club.

West Palm Beach police officers were waiting in the wings at Chris Brown’s concert at the Coral Sky Amphitheatre, and the singer reportedly went straight from the stage to the back seat of a police cruiser after his show was over.

Chris was booked at around 11 PM and was out on $2,000 bond before midnight, according to online arrest records.

The outstanding warrant was for third-degree felony battery after an incident at Tampa’s Club Air on April 17 of last year. According to the allegations in the police report, Chris struck a photographer named Bennie Vines in the face with a closed fist, then took off before police arrived.

Here is the full narrative from the original police report:

On the listed date and time, the victim was photographing an event at Club Air where the def was making an appearance. For an unknown reason, the def struck the victim on his face with a closed fist. The victim sustained injuries to his upper + lower lip. The incident was observed by the witnesses and was captured on video. The def fled the scene prior to police arrival.

The def was verbally identified by the victim and also by photo array.

As a result of the altercation, a warrant was issued for Chris Brown’s arrest on August 14. Here is that warrant: 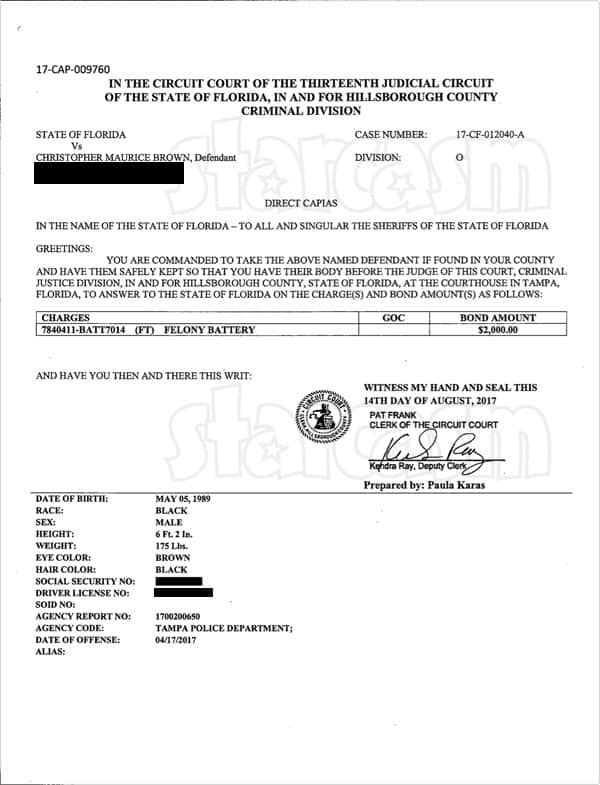 Chris Brown’s “Heartbreak On A Full Moon” tour has is scheduled to hit in Tampa tonight and Pelham, Alabama on Saturday. Chris has been promoting tonight’s scheduled show on social media today, so I assume that it will be going on as planned.