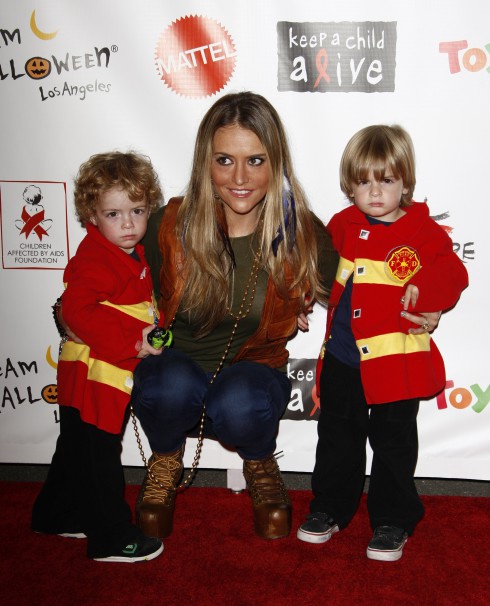 Brooke Mueller has been dealing with addiction issues for years with her 4-year-old twins Bob and Max caught in the crossfire. Although Brooke has attempted to get clean on a couple of occasions, it doesn’t appear to have happened, but somehow, she’s remained the caretaker of her boys. On Thursday, her wild ways finally caught up with her when police arrived to her home and took her children away.

According to a TMZ report, officials from the L.A. County Department of Children and Family Services arrived to Brooke’s home with a warrant and took Bob and Max after deeming the home an “unsafe environment.” Sources tell TMZ the officials suspected Brooke was using drugs in the home.

From there, the twins were given to their father Charlie Sheen’s ex-wife Denise Richards. 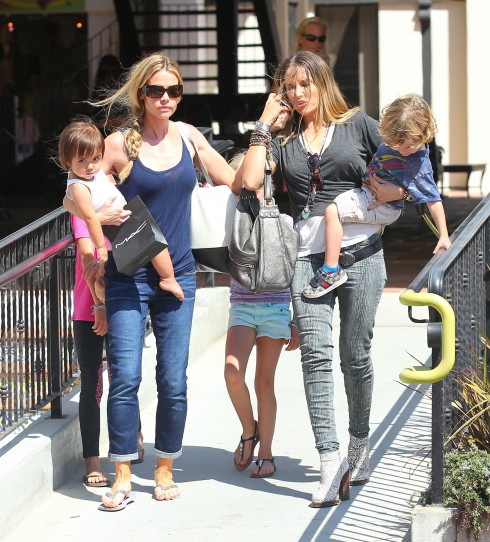 “Brooke was given many opportunities by social workers to clean up her act,” a source told Radar Online shortly after the boys’ removal from her residence. “Social workers felt that Bob and Max weren’t safe in Brooke’s care. The decision was made late on Thursday afternoon, and the boys are no longer in Brooke’s care. It’s expected at some point the boys will be taken care of by Charlie Sheen’s ex-wife, Denise Richards. She (Richards) loves the boys & their safety and well being mean everything to her. Bob & Max are safe & that is all the matters. Denise is simply complying with the court order.”

This isn’t the first time Denise has cared for Brooke and Charlie’s sons. Last year, she took the boys after Brooke entered rehab (for the 19th time). “Brooke knows anytime, and Charlie, that any time they need help with the boys, that I’m there,” Denise told Access Hollywood at the time. “They’re our family and they’re Sam and Lola’s brothers. I know it doesn’t seem normal, but it is our normal.”

A court hearing has been set for next week where a more permanent solution regarding the children’s living situation will be made. At this point, it remains unclear why Charlie was not given temporary custody.