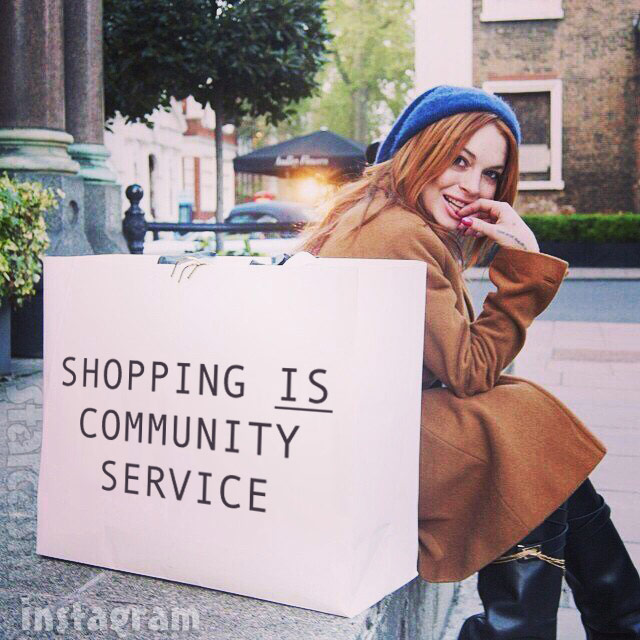 Lindsay Lohan’s legal problems refuse to go away. The 28-year-old is due back in court tomorrow stemming from her 2012 reckless driving case, for which she was initially sentenced to 240 hours of community service. Back in January, Lindsay tried to claim that meet-and-greets with fans and even letting people follow her around counted as community service, but in February the judge called bull and ordered her to do 125 hours more.

Lindsay is scheduled to be in court tomorrow to prove she has completed the 125 hours, but according to the diligent Lindsay Lohanologists at TMZ, she is still WAAAAY short. The site says the community service organization in London where Lindsay is currently living claims she has completed less than 20 hours. The prosecutor is once again not pleased. He reveals to TMZ that he will most likely ask that a warrant be issued for Lindsay Lohan’s arrest if the reported numbers are accurate.

Yesterday Lindsay appeared to be giving the community service thing the ol’ college try as she gave the impression of cramming by posting this next photo on Instagram and writing, “Community Service -office day-” along with a thumb up emoji: 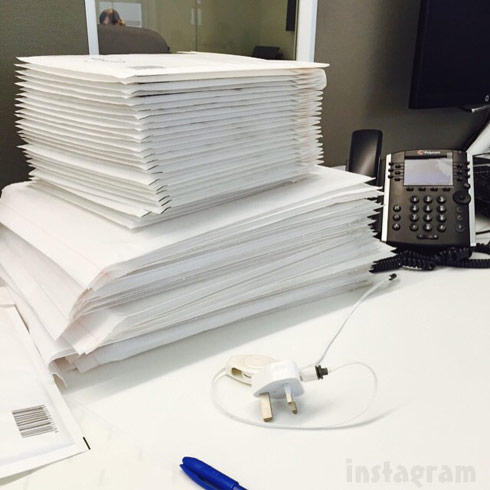 It doesn’t take a genius to figure out the math is working against her as she hopes to cram in over 105 hours of community service in 24 hours.

Of course, Lindsay is across the pond, and it’s not as though they will deport her on a misdemeanor reckless driving charge. But, if she does dismiss the whole thing, then she will obviously risk being arrested whenever she lands back in the United States.