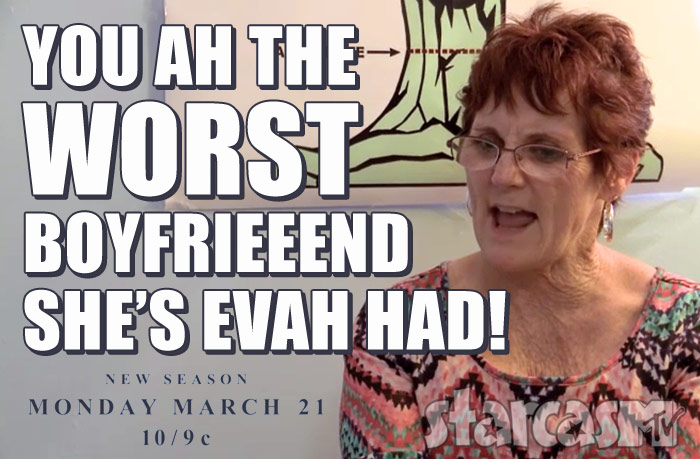 A couple of weeks ago, we told you about MTV’s subtle way of announcing the return of Teen Mom 2 on March 21, and now the network has finally released the official trailer for the upcoming season!

One of the challenges of shooting a reality show like Teen Mom 2 is keeping the storyline fresh. Since there’s a surplus of gossip sites and social media updates, we already know Jenelle has a new boyfriend, Corey was awarded full custody of Leah’s twins, and Chelsea and Cole got engaged.

Having said that, there’s still plenty going on in the lives of these girls we haven’t seen just yet.

Jenelle
The minute long clip starts off with Jenelle explaining, “There are 3 things I don’t want to talk about: you and custody, Nathan and custody, and then my pending charge.” Later, we see Barbara fighting with David before screaming, “You are the worst boyfriend she’s ever had!” Seriously, Babs, out of everyone, David is the worst?! Hmmmm….

UPDATE – Jenelle has since responded to the trailer and this scene in particular on Twitter:

And this is why I said I'm very unhappy with the trailer, you will see everything explained. She's so disrespectful. https://t.co/6mq2sUyY33

Kailyn
Kailyn begins discussing Javi’s deployment before dropping a major bombshell, “Knowing that he’s leaving and then on top of it I had a miscarriage.” The sad news was followed by Javi in tears saying, “You know much I wanted that baby.” 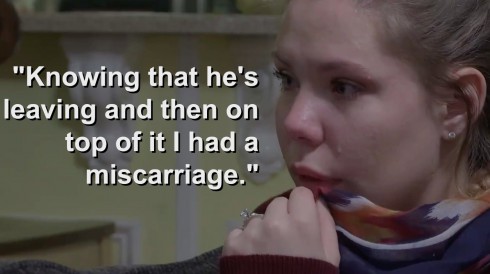 Leah
Leah is at her wit’s end when she admits, “Corey is trying to take our kids from me,” while Corey is seen grinning from ear to ear after his lawyer tells him, “You got virtually everything you asked for: primary, legal custodian.” 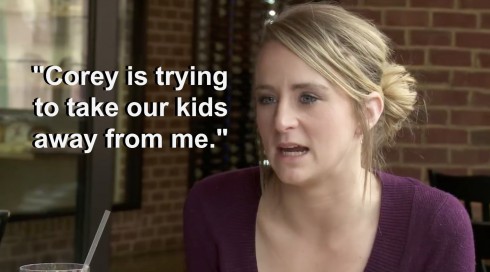 Chelsea
Chelsea and Cole are smitten after their engagement, and there’s no sign of Adam just yet.

Don’t forget to catch the premiere of Teen Mom 2 when it returns on Monday, March 21st at 10/9c.