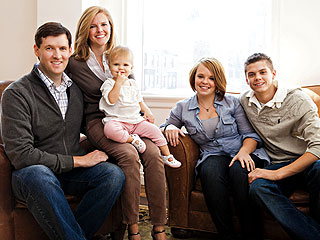 Teen Mom stars Catelynn Lowell and Tyler Baltierra recently wrapped up their speaking tour of the Northeast, and on Thursday night in Wayne, New Jersey they dropped a huge bomb: Carly has a little brother! That’s right, Brandon and Teresa have adopted a little boy, making Carly the first original Teen Mom baby to gain a younger sibling.

But that’s not all! Catelynn has been working closely with Bethany Christian Services, the adoption agency that handled Carly’s adoption, to help provide emotional support and advice to expecting moms considering adoption, and one of the women she was working with was Carly’s little brother’s mom! 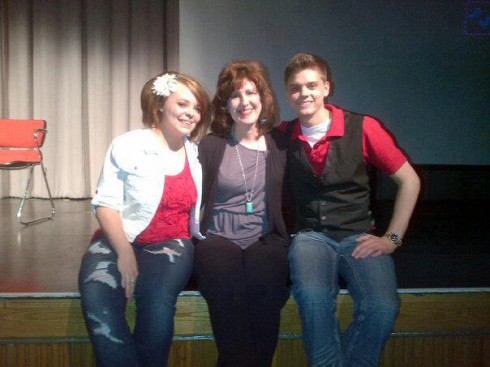 Here is a transcript of the talk, which included Catelynn and Tyler’s adoption counselor Dawn Baker (seen with Cate and Ty in the photo above) from Bethany Christian Services:

DAWN BAKER: One of the things that I love about Catelynn is that she is awesome at building up birth moms that feel really deflated, and feel really low, and feel terrible about themselves, and are really in an uncertain time in their life – and she has been really great at that. And just recently, back [on February 20], she was a labor coach with me with a birth mom, and I want her to tell you a little bit about that.

CATELYNN: OK. Her name is Beth, and she’s a little bit older than me, and she was carrying a son, and a dad was not involved, and she was all by herself. Mom kind of like my mom, but not so bad … she was pretty much living in her car and I felt bad for her. And she was making this greatest decision … But, what made me even closer to her is because she was carrying Carly’s little brother. And so that was very special to me – not only because of that, but because she was a birth mom, and I had helped other birth moms.

But me and Dawn were there [during] labor – I was holding her leg, I watched that little boy take the very first breath, and you know, I was just there to support her and tell her how I felt and express my feelings, and she really connected with me because it’s the same family. She met them and I was hanging out with them all together with Carly and her, and it was the most amazing thing to watch. You know, I watched my daughter being born and her being placed with Brandon and Teresa, but then again I got to sit back and watch Carly’s little brother be born and placed with them. 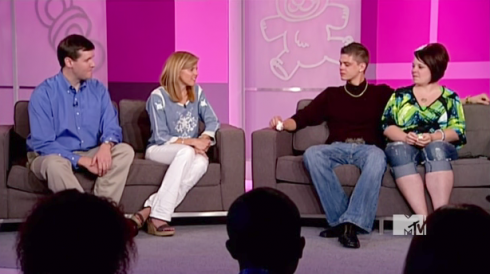 CATELYNN: It was the most amazing experience I’ve ever had happen to me in my life. Even though after she gave birth she was like, “You guys need to get out of here,” and I was like, “OK, bye. But call me!” And I was calling her all the time, making sure that she was OK, just talking to her. And you know, right now she’s doing wonderful. She’s doing great. She accepts her decision. She’s feeling better about it every day, and I’m still here to support her, I still talk to her on a regular – and it’s just really awesome, you know? And especially now that Saturday is Birth Mothers Day, which is awesome because I have my own Mothers Day. So that’s one of the birth moms I may be buying a gift for is her, because I’ve gotten particularly close to her and she’s like my sister because I feel like her child’s mine and she feels like my child’s hers you know? It just works out that way. But, I love her.

DAWN: So that’s one of the beautiful things about open adoption, where if it was closed adoption, they may never know if Brandon and Teresa adopted a second child, and here they were able to be a part of that experience. And they truly are all like an extended family to one another, and that’s just a beautiful picture.

And I do really appreciate Catelynn. And Tyler as well, because Tyler has talked to lots of birth dads that have either tweeted with him, Facebooked with him, emailed him, and he’s been very great at – I know it’s hard or you to believe – but teen girls very often will talk to Tyler as well.

CATELYNN: He’s got some good advice!

DAWN: Yeah, he was really able to kind of point them in the right direction and help them to get some clarity on their own situation. 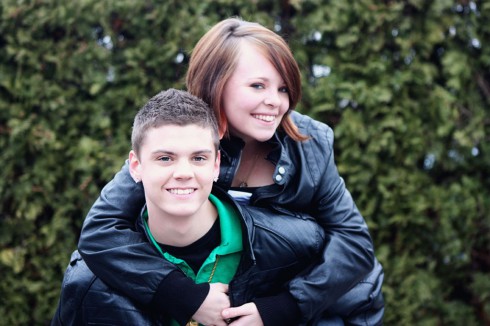 Anyone who has watched Teen Mom couldn’t help but fall in love with Brandon and Teresa, and hearing that they’ve expanded their family is absolutely wonderful news. The fact that Catelynn was able to help another girl in a similarly troubled situation only makes the news that much better!

Catelynn is currently studying social work in college in hopes of becoming an adoption counselor herself. Tyler is also in college and is also looking to go into the social work field, but he hopes to work with at risk youth such as young men in juvenile detention centers. Their story really is an amazing one, and I think being on Teen Mom has empowered them to succeed and find a meaningful place in the world helping others overcome obstacles similar to what they had to deal with. Amazing.

Catelynn and Tyler’s speaking tour has wrapped up, but I’m guessing we haven’t seen the last of them on stage! You can check in over at IMPregnant.org to keep up on any new tour announcements.

Let’s leave things with a photo of big sis Carly! 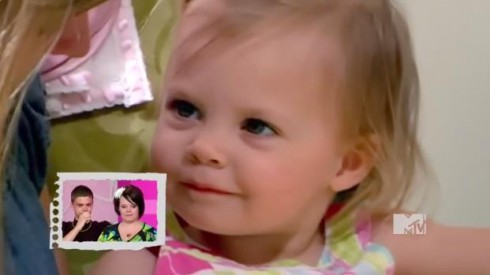