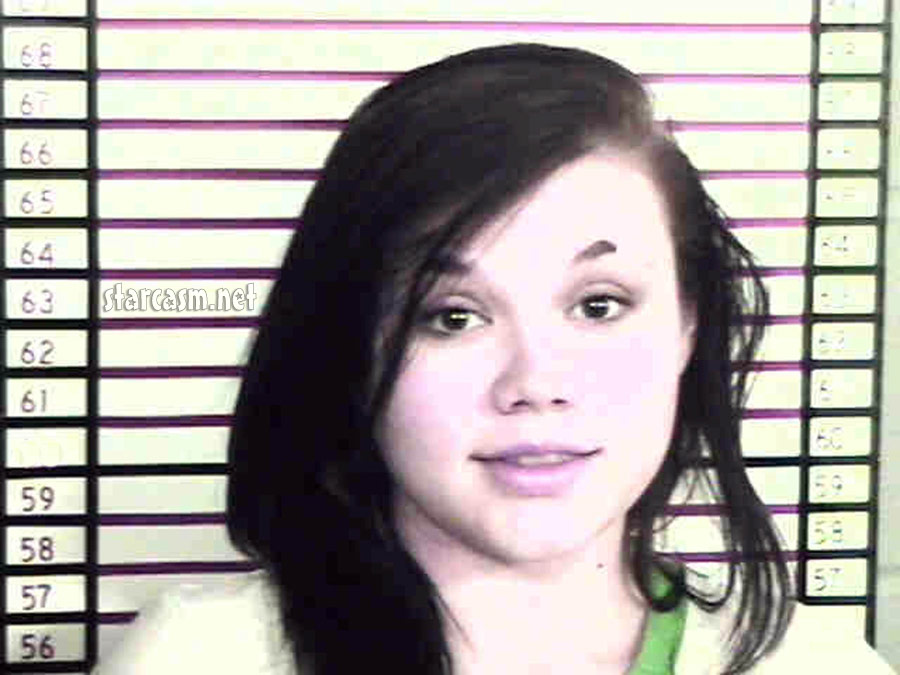 Whitney Purvis from the first season of 16 & Pregnant was arrested yesterday for allegedly trying to steal a pregnancy test from a Walmart in East Rome, Georgia. Man, I couldn’t make this stuff up if I tried!

A police report indicates that Purvis, who is now 20-years-old, stowed away a First Response pregnancy test in her hooded jacket and took it to the restroom where she used it.

She then tried to make her way out of a side door but was caught by store security. She was placed under citizen’s arrest, because they aren’t official cops, and local authorities were contacted. Whitney was then taken to a nearby police station where she was booked for, “misdemeanor theft by shoplifting.”

This isn’t the first arrest in the family to make headlines as her mother April Michelle, who was pregnant at the same time as Whitney during her 16 & Pregnant episode, was arrested back in June for drug possession.