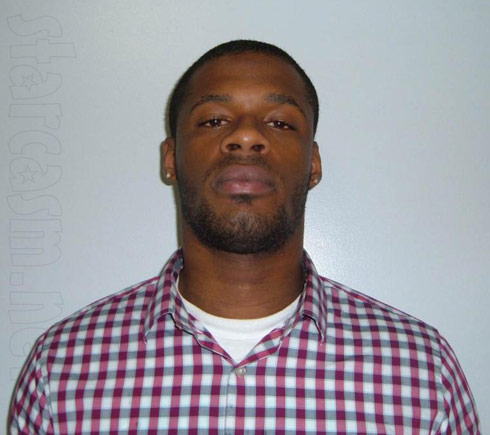 The drama between reality star-crossed Amish Mafia lovers Esther Schmucker and Imir Williams continues as Imir appeared in front of Judge Dennis Reinaker yet again Tuesday after he violated the judge’s order to stay out of contact with Esther by calling her more than 400 times! While in prison!

In case you missed it, Imir (who also raps under the name Mirkat) was arrested in October for viciously attacking Esther, resulting in a fractured cheekbone, broken nose and multiple broken teeth. Imir initially served two months for the assault, but found himself back behind bars for another five months for violating his parole when he reportedly moved back in with Esther!

Here’s a recent photo of Esther posted on her Facebook page:

During his second stint in prison is when Imir reportedly called Esther more than 400 times. It was revealed in court that Imir and Esther first talked directly to one another, and then Imir recruited another inmate to be an initial contact for the remainder of the conversations.

According to the Amish Mafia off-screen drama aficionados at LancasterOnline, Imir started to apologize for his Schmucker chats when Judge Dennis Reinaker put a halt to that mess.

“How many times do you think you get to say that?” the male version of Judge Judy asked. “Until I say that’s garbage?”

Imir revealed that his first phone call came after he learned Esther had been involved in a car wreck. “I didn’t even find out about the accident until reading the newspaper,” he told the judge. “I love her, your honor.” Imir then shared a recent revelation that didn’t seem to impress the honorable Judge Reinaker. “I’ve been sitting in jail and realized my freedom is important.”

“We’re not stupid,” the judge replied. “You should have figured that out by now. Everybody out there knows you and knows your circumstance. And they’re only too happy to let [the parole department] and police know. If you haven’t figured that out, with all this publicity, then you’re pretty foolish.”

Imir’s attorney, Alan Goldberg, explained Imir’s motives for contacting Esther against the judge’s order by stating “he did what he thought he had to do as a man.” Goldberg also gave away a bit of a spoiler for Amish Mafia Season 4 when he revealed that Esther is “no longer involved with the show.”

There was no word on Judge Reinaker’s ruling after the hearing. We will update as soon as we hear more.