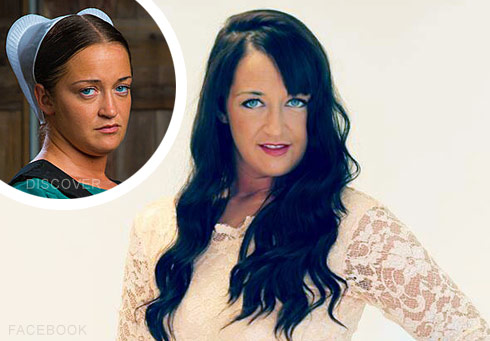 Former Amish Mafia star Esther Schmucker was mysteriously absent from her popular Facebook page for months before returning last week to explain to her fans that her absence was due in part to health reasons. “Sorry I haven’t been on here in a few months, there’s been a lot going on recently,” Esther wrote on Thursday. “But today I just wanted to stop and request prayers from everyone who believes in doing so, I have been sick for a little while (we don’t know what’s wrong yet) but it’s been manageable to where I have been going about my life anyway.”

Apparently Esther’s sickness was causing pain, and eventually it worsened to the point that she had to see a doctor. “I finally went to the hospital when the pain was too much to bear,” Esther revealed, “and we are now finally doing surgery today to try to figure out what’s wrong. I’m a little scared but I pray that all will go smoothly and we will hopefully get some answers today.” She concluded with, “Positive vibes are appreciated.”

After nearly a week with no update (and more than a thousand comments chock full of prayers and positive vibes), Esther returned to Facebook earlier today to provide an update in which she reveals that she was suffering from kidney stones and that doctors also removed a tumor on her bladder:

The surgery went well. All the pain I was having came from having a kidney stone, which still isn’t removed but a stent was put in for now to ease the pressure and help ease the pain, and then they had also found a tumor on my bladder which they removed as well and so now we just wait on the biopsy to come back to make sure that all is well. Thank you all for the prayers and support. xoxo

It’s great to hear that the surgery went well and we wish a speedy recovery and even more good news in the future for Esther!