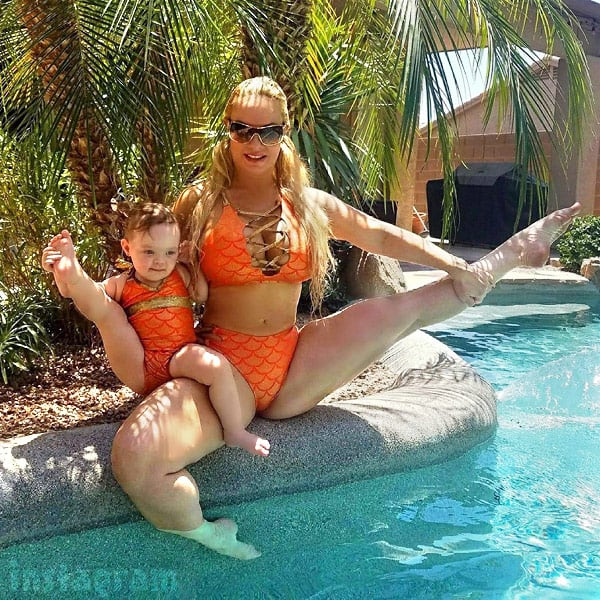 Since giving birth to her daughter in November of 2015, Coco Austin's new favorite pastime is turning one-year-old Chanel Nicole into a Mommy-Mini-Me with matching outfits -- documented in photos posted on both Coco's and Chanel's social media accounts. In the latest Mom and Me edition of "Who Wore It Best?" Chanel and Coco model similar swimsuits while trying to beat the Arizona heat with a little poolside yoga.
Read More... 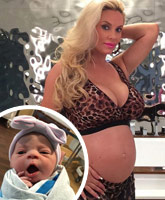 Ice T and wife Nicole "Coco" Austin really have something to be thankful for this weekend -- a baby daughter! Coco gave birth to Chanel Nicole two weeks early on Saturday and the parents were quick to make the joyful announcement on social media along with the first photo of Chanel.
Read More... 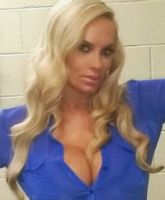 Further proving that not all baby bumps are created equally, first-time mom Coco Austin showed off her relatively small bump in a new picture from backstage at hubby Ice T's concert. See the picture and how Coco's defended her pregnant figure to critics.
Read More... 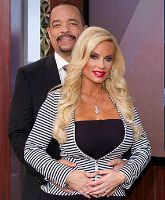 More big news for Ice-T and Coco Austin! One week after announcing they are expecting their first child together, the pair revealed the sex of the baby, along with the name they plan to give him/her. See what they said–and find out when the baby is due.
Read More... 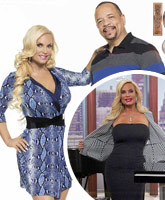 In "I didn't see that coming" celebrity baby news, Coco Austin announced today that she is currently pregnant with her and her husband of 14 years, Ice-T's first child together! Keep reading for the photo reveal, plus Coco and Ice-T talk about the pregnancy on Good Day New York!
Read More...
Read More...
Read More...
Read More...
We use cookies to ensure that we give you the best experience on our website. If you continue to use this site we will assume that you are happy with it.OkNoPrivacy policy