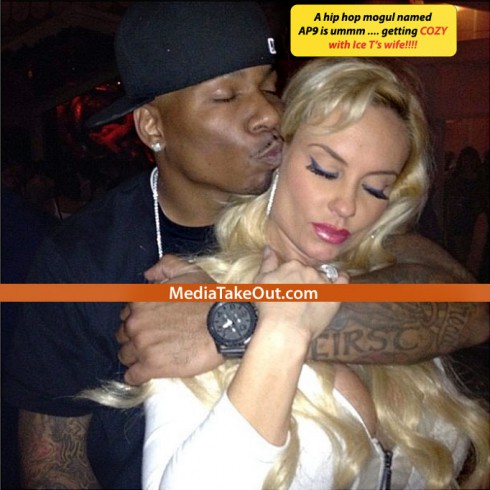 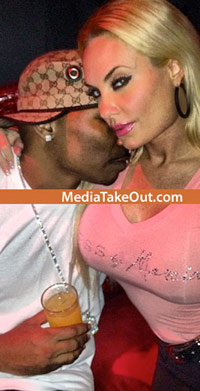 If you like your Ice T with lemon, then this was the weekend for you! The 54-year-old rapper/actor was mighty bitter when he took to Twitter to express his reactions to photos that surfaced online Friday of his wife Coco getting rather intimate with rapper AP.9 of the group Mob Figaz in Las Vegas where she is currently performing in the burlesque revue “Peepshow.”

In the pictures (two of which are above), Coco can be seen kissing AP.9 and allowing him to nuzzle her neck. And just as startling as the intimate images are, it’s almost more startling that they were taken on what appear to be (judging by Coco and AP.9’s clothing) three separate occasions!

Coco kicked off the Twitter reactions with the seemingly not-too-concerned tweet, “Woke up to people in a panic about some pics,please guys I’m happily married,sometimes fans & friends take silly pics.Its harmless. #RELAX”

Ice T didn’t seem to agree. He tweeted (then deleted) these words later in the day: 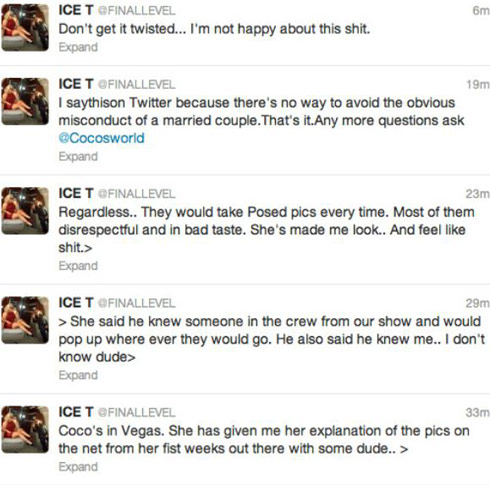 And in case you can’t read the words on your cell phone, here are the tweets transcribed:

Coco’s in Vegas. She has given me her explanation of the pics on the net from her first weeks out there with some dude.. >

> She said he knew someone in the crew from our show and would pop up where ever they would go. He also said he knew me.. I don’t know dude>

Regardless.. They would take Posed pics every time. Most of them disrespectful and in bad taste. She’s made me look.. And feel like sh!t>

I saythison Twitter because there’s no way to avoid the obvious misconduct of a married couple. That’s it.Any more questions ask @Cocosworld

Don’t get it twisted… I’m not happy about this sh!t

Coco seemed to have second thoughts about her initial take on the pics, and posted this humbled reaction to the Ice Tweets:

Ice is right,the pics I took with this man were in poor taste & I disrespected my husband however the pics were the only thing that happened

I feel so sad,the bottom line is I love Ice & I can understand why he’s upset theres no excuse for my actions.I’m so sorry baby & to everyone

Ice T was later asked by a fan why he deleted his responses, to which he replied, “I said my part. No need to promote the situation.”

Let’s hope America’s favorite couple named after different kinds of drinks can work things out and Coco can get back to posing for more appropriate photos like this one: 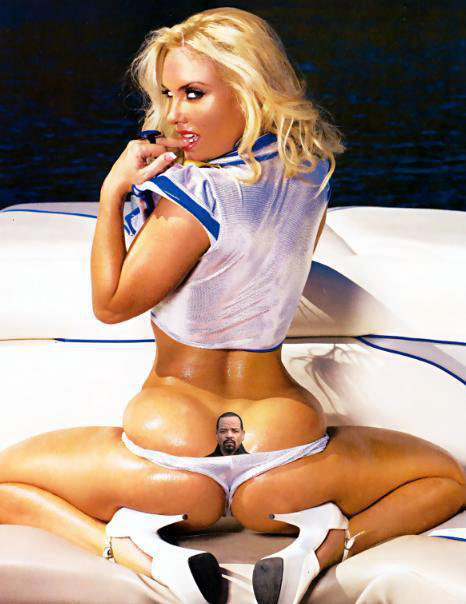 You can see all the sintimate pics of Coco and AP.9 over at Media Takeout!