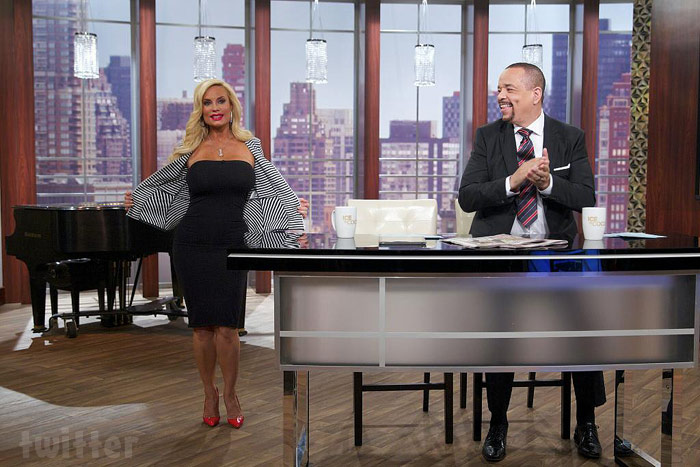 In “I didn’t see that coming” celebrity baby news, Coco Austin announced today that she is currently pregnant with her and her husband of 14 years, Ice-T’s first child together!

“Oh sh!t! The news is out,” Ice-T, 57, tweeted this morning. “YES. We”re having a baby. We announced it on the Ice&Coco Talk Show taping Friday.. That show will air August 3rd.”

36-year-old mom-to-be Coco followed suit with her own tweets. “Remember I told u this yr I had LOTS of surprises 4 u? 1st was my new lingerie line,then the release of new Talkshow!NOW FOR THE BIG NEWS..” She followed that an hour later by sharing the photo revealing her baby bump at the top of this post and writing, “I’m pregnant!!! Yah!! Ice & I are so excited! I announced it Friday on our new talkshow which airs Aug 3rd.”

Here is a zoomed-in photo of Coco’s baby bump with the light levels adjusted a bit so you can see it better: 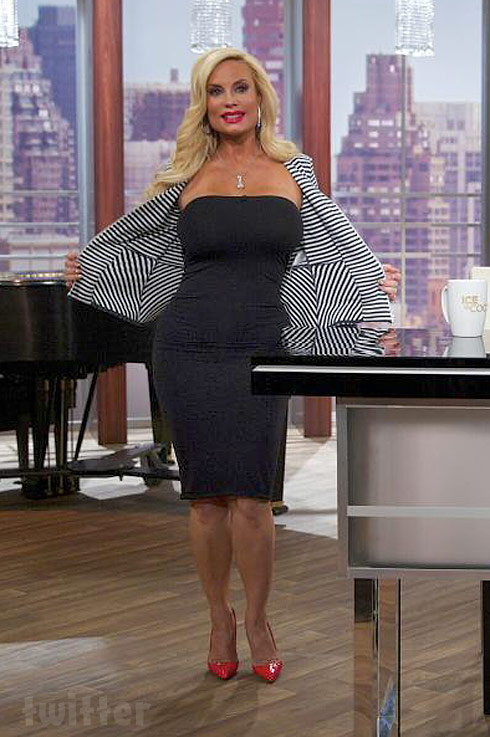 “I’ve been pregnant for a while, but we’ve been holding it just between us for quite some time,” Coco says. “We just finally released it this past Friday on our talk show and it was a really awesome moment. I cried. I didn’t think I was going to actually cry, but it was just a nice feeling to finally know that the world knows and I don’t have to hide it anymore.”

Coco is asked how far along she is, but she and Ice-T just laugh. Ice-T then says people will have to tune in for all the details. Coco later reveals that getting pregnant was anything but difficult. “It actually shocked us how it happened so easily. It’s beautiful how life actually works. Now that I have a little thing inside of me moving around, it’s amazing.”

Congratulations to Coco and Ice-T, both on the baby and on the talk show! I’m sure the internet is going to have a field day with baby name suggestions, but may I suggest that at this point, we just refer to him/her as Coco Pebble?

Ice & Coco will premiere August 3 in select markets, including Los Angeles and New York City. Here is a list of cities and Fox stations where you can watch Ice & Coco: 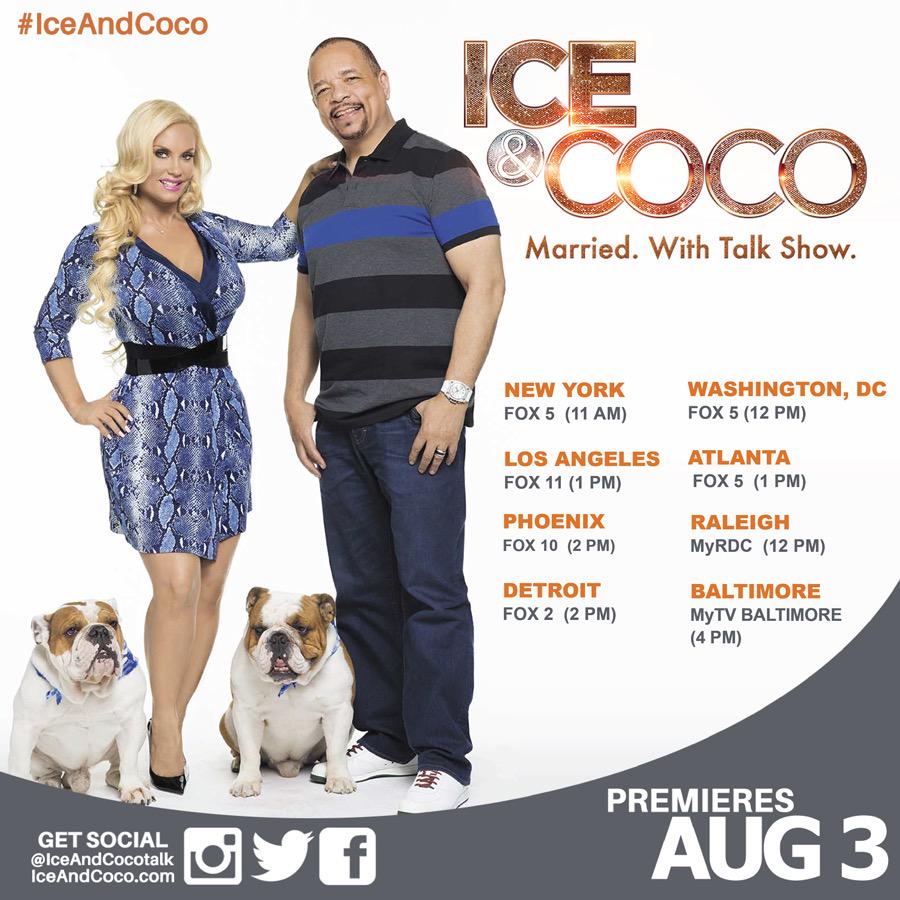 Are these the first Khloe Kardashian baby bump photos?