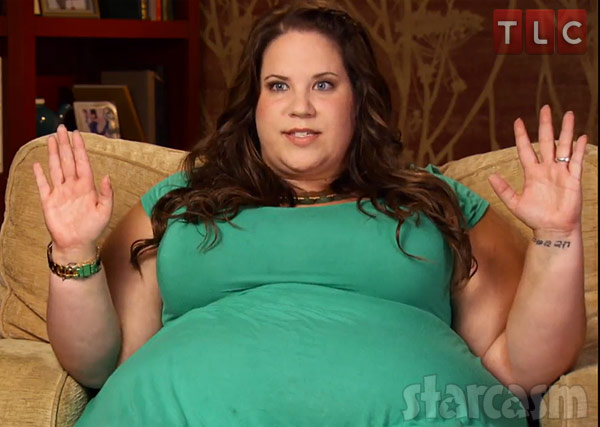 Whitney Thore, the 380-pound dancing star of TLC’s new hit reality series My Big Fat Fabulous Life, has put polycystic ovary syndrome, or PCOS, in the spotlight as she has attributed her rapid weight gain over a short period of time to the condition, which may affect as much as 18% of women worldwide. But how does having the most common endocrine disorder among women cause someone to gain more than 230 pounds? How much of that can be attributed to PCOS?

I’ve spent the last couple hours researching PCOS to try to figure out the answer to these questions, and I’ll try to summarize my findings for you here. First off, it’s important to note that although PCOS was first diagnosed way back in 1935, there is still A LOT that the medical profession does not know about it.

Polycystic ovary syndrome got its name from the fact that one of its symptoms is the development of immature follicles on the ovaries that were once believed to be ovarian cysts. (It’s important to note that these are not the cause of PCOS, and the symptom is not present in everyone with PCOS.)

The most common symptoms of PCOS used in diagnosing the syndrome are anovulation (menstrual cycle in which the ovaries do not release an egg), excess androgenic hormones (which can cause a higher level of testosterone in women, as Whitney mentioned on the show, leading to male pattern baldness and excess facial hair), the presence of immature follicles on the ovaries (that appear as ovarian cysts in an ultrasound), and insulin resistance.

Insulin resistance is the key to the link between PCOS and weight gain. From weight.insulitelabs.com:

Insulin resistance greatly reduces the sensitivity of your cell walls to insulin. So the vital process whereby glucose passes through the cell wall via insulin to be converted into energy is greatly impaired. As a result, excess glucose remains in the blood stream, causing elevated levels of blood sugar, which are sent to the liver. Once there, the sugar is converted into fat and carried via the blood stream throughout the body. This process can lead to weight gain and obesity.

According to a study published by BMC Medicine in 2010, “insulin resistance occurs in around 50% to 80% of women with PCOS, primarily in the more severe NIH diagnosed PCOS and in those who are overweight.” Interestingly, the study adds that “lean women and milder Rotterdam diagnosed PCOS [the Rotterdam PCOS diagnosis is more broad] appear to have less severe insulin resistance.”

Perhaps the most important thing I learned researching PCOS, in relation to the message of My Big Fat Fabulous Life, is that every single article and study I read were clear in stating that obese people with PCOS are at a higher risk of type 2 diabetes and heart disease than non-PCOS patients and that weight loss has a dramatic effect on lowering those risks.

From the BMC Medicine study:

Lifestyle change is first line treatment in an evidence-based approach in the management of the majority of PCOS women who are overweight. Furthermore, prevention of excess weight gain should be emphasised in all women with PCOS of both normal or increased body weight. As little as 5% to 10% weight loss has significant clinical benefits improving psychological outcomes, reproductive features (menstrual cyclicity, ovulation and fertility) and metabolic features (insulin resistance and risk factors for CVD and DM2). Evidence shows that lifestyle change with small achievable goals results in clinical benefits even when women remain in the overweight or obese range. Standard dietary management of obesity and related comorbidities is a nutritionally adequate, low fat (approximately 30% of energy, saturated fat approximately 10%), moderate protein (approximately 15%) and high carbohydrate intake (approximately 55%), with increased fibre-rich wholegrain breads, cereals, fruits and vegetables and moderate regular exercise. A moderate energy reduction diet (500 to 1,000 kcal/day reduction) reduces body weight by 7% to 10% over a period of 6 to 12 months. Simple and practical tips that can be covered in minutes in medical consultation include targeting fruit juice, soft drinks, portion sizes and high-fat foods. Incorporating simple moderate physical activity including structured exercise (at least 30 min/day) and incidental exercise increases weight loss and improves clinical outcomes in PCOS, compared to diet alone. Exercise alone also improves clinical outcomes. As in the general population, goals for exercise must focus on overall health benefits not weight loss per se. 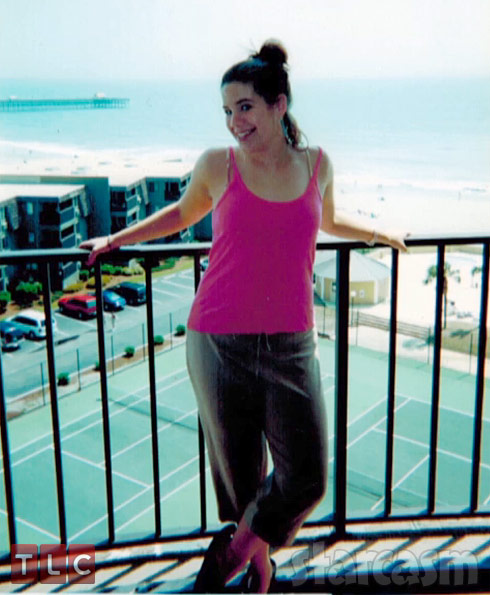 Whitney Thore before she gained more than 230 pounds

In the premiere episode of My Big Fat Fabulous Life, Whitney reveals that she wasn’t diagnosed with PCOS until she was 21, which was after she had put on more than 200 pounds since starting college. As she enters the Duke University Medical Center she says “I’ve been to so many doctors around Greensboro who don’t know a whole lot so I’m hoping that this doctor knows more than the people I’ve seen in the past.”

Whitney speaks with Kathy, a nurse practitioner, who tells Whitney, “about a third of women with PCOS are thin, or normal weight, and about 2/3 are obese or overweight. And that we don’t understand as well, but that is one of the most frustrating things for our patients.”

Kathy later talks about how discrimination and lashing out against people who are overweight is one of the last socially tolerated prejudices that we have in this country, and then she explains to Whitney, “You don’t have to be a Barbie weight to significantly reduce your risk for diabetes.” Whitney responds by asking, “Fatness and fitness can kind of coexist?” Kathy responds by stating, “They can.”

Whitney seems overjoyed at the affirmation and declares, “See, that’s what I believe! That’s what I really think, and I feel like I’ve lived that way.” In the voice over Whitney adds, “She confirmed that you can be fat and fit.”

This is one of those instances where Whitney seems to be championing the Health at Every Size movement, but she quickly takes a small step back. “But, it’s come to a point where I do need to lose some weight.”

So what’s my conclusion? Can PCOS cause the kind of dramatic weight gain that Whitney experienced in such a short amount of time? I think it can certainly contribute to it, especially in a case like Whitney’s where she did not get diagnosed until years later. But, nothing indicates that someone with PCOS would put on that much weight if they were eating a healthy diet and getting regular exercise. It sounds like Whitney was a very active young woman, and I’m guessing that she (like many young women — and like myself) didn’t necessarily eat very healthy foods. So, once her PCOS kicked in and her insulin resistance increased, she began to gain weight. As her weight increased, her insulin resistance increased, which caused her weight to increase, which… You get the point.

The most important thing that I learned about PCOS is that for those who have it and are obese, it is even MORE important that you eat healthy, exercise and try to lose weight than it is for other non-PCOS obese people. Whitney seems to send conflicting messages all the time, and I think there are times where she is sending a dangerous message to fellow PCOS sufferers that they shouldn’t be concerned about their weight. Yes, obese people can be beautiful, and no, obese people should not be bullied and put down — BUT, if you have PCOS and you are obese, then you and your beautiful self need to consider your health and try to lose some weight, even if it is just a small amount at a time.

UPDATE – In a pre-finale interview with People, Whitney Thore echos my conclusions, but points out that it was hard to be motivated to work out because being seen in public was such a stressful experience:

You talk about PCOS (polycystic ovarian syndrome, an endocrine disorder) being responsible for your weight gain. But is it completely to blame?

No. I am totally about personal responsibility. My initial weight gain in college was 100 lbs. in eight months. I absolutely blame that on PCOS. It happened out of nowhere, I had no control over it. But since then, of course, I’ve continued to gain weight. What made me fat was a combination of PCOS and the shame and the stigma that you face being a fat woman in America. When I gained weight, did I want to leave my house? No. When I walked to the gym and people called me a fat ass, did that make me want to go work out? No. Did I want to take really good care of myself? No. But if anybody thinks that I just blame the fact that I’m 380 lbs. on PCOS, that’s clearly wrong.