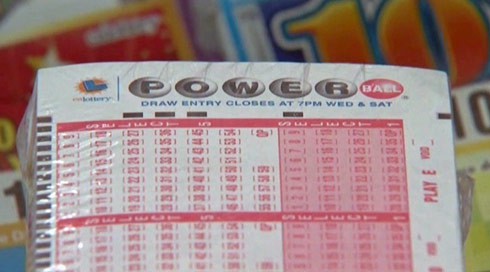 Manager Shlomo Rechnitz of the Park Avenue Health & Wellness Center in Pomona, California gleefully told reporters that a staffer was one of the winners of the recent record-breaking Powerball jackpot.

It turns out this wasn’t true, and that everybody got fooled…because the nurse’s son decided it was a good idea to pull a prank on his mom. He called and told her she won and even went as far as to include a picture of what he said was the winning ticket.

The nurse’s daughter told the NYDN, “It’s a joke. It’s a prank…by my brother. It’s embarrassing. This is too much for us.”

Rechnitz’s spokesperson said the nurse was given a ticket by her boss, who bought 18,000 tickets for employees and residents at over 80 nursing homes across the state.

Rechnitz labeled the prank “despicable.” He said he will buy an all-expense paid vacation for the nurse and her family to anywhere they choose.

I wonder if the son will be invited?

VIDEO Did the SNL ISIS sketch go too far? Watch it here and decide

Iris DeMent’s Sing the Delta: A masterwork 16 years in the making