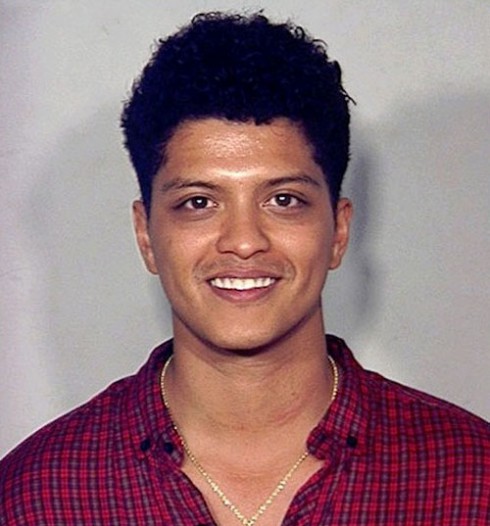 Bruno Mars was arrested in Las Vegas in September of 2010 for possession of 2.6 grams of cocaine. Bruno told police at the time that it was his first time using drugs, and following the arrest he took the oddly chipper mug shot above. In a new interview, Bruno is opening up about his drug lie and why he looked so happy to be posing for a booking photo.

“I don’t know where that came from. I was really intoxicated. I was really drunk,” he admits to GQ Magazine of telling the police he hadn’t used drugs before. “So a lot of that is a big blur, and I try every day to forget and keep pushing.”

Bruno didn’t really have a specific reason for his unexpected expression in his mug shot but we think he might just be a happy drunk. He says, “I have no idea . . . It was a picture.” 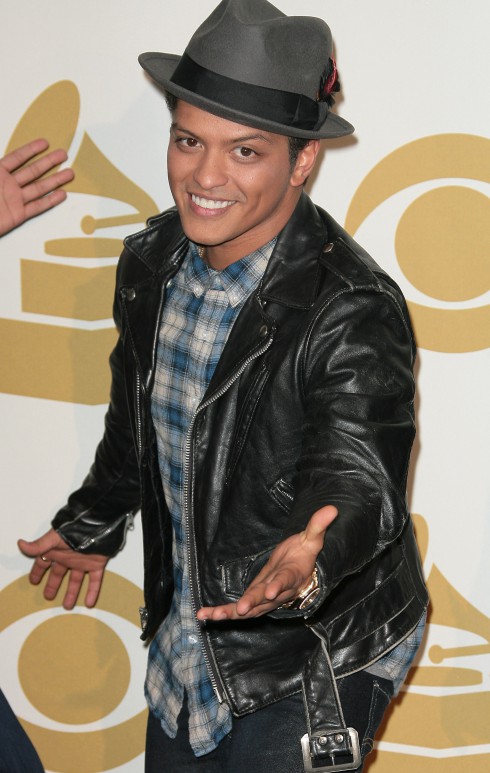 Bruno also spoke of his music career, telling the magazine that making hit songs is no easy task. “You know how hard it is to write a big song? That s–t is hard, man,” he says. “It’s so hard to do. Might be one of the hardest things to ever do.”

Despite the difficulties, Bruno has been cranking out hits for years now. His latest hit single is “Locked Out Of Heaven,” but the success of the song wasn’t expected — at least on his part. “That one shocked me. That it turned out the way it did,” he admits of the No. 1 hit. “I haven’t done a song like that. And hopefully every album, I’ll get that feeling. And shock the world! Shock the world!”