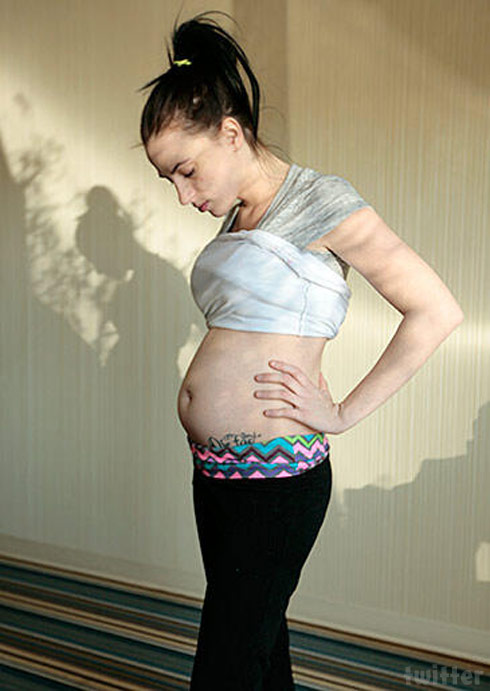 It’s hard to believe the first season of TLC’s dramafest Gypsy Sisters has already finished up! The eight action-packed episodes blew in like a category 5 HERicane with numerous fights, bar-raising and hair-raising speakerphone screaming matches, the return of Stanley matriarch and America’s Most Wanted alum Lottie Mae after serving nine years for bank fraud, lots of vomiting, a wedding, numerous tattoos, jail time, and the tracking down of a missing dad. But, of all the jaw-dropping developments, none could compare to the BIG news… Mellie Stanley is pregnant! 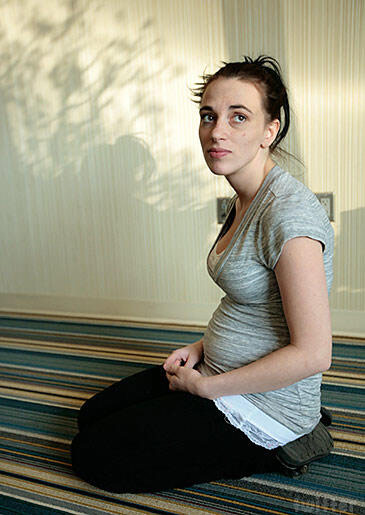 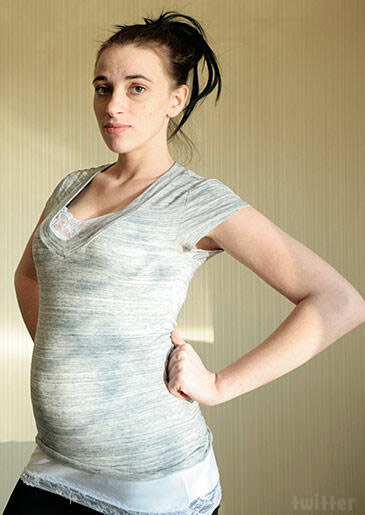 During the season finale we got to see Mellie Stanley announce that she is having a boy (by going topless with boxing glove themed body paint of course — more on that in a minute) and everyone is surprised to see the baby’s father, and Mellie’s already estranged husband, Robbie York at the affair. That episode was filmed a few months ago, however, so what’s the latest on Mellie’s pregnancy? 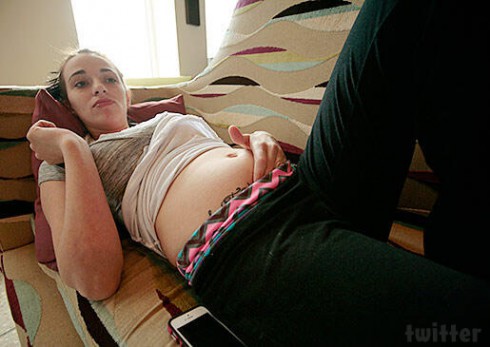 First off, she and Robiie ARE NOT together. And I mean “not together” in a Mellie Stanley claw your face off kind of way. (She tweeted on March 10, “I hate Robbie I really do”) But, Mellie’s pregnancy seems to be going well! She has shared numerous photos recently, including those above on Twitter and this one on Facebook: 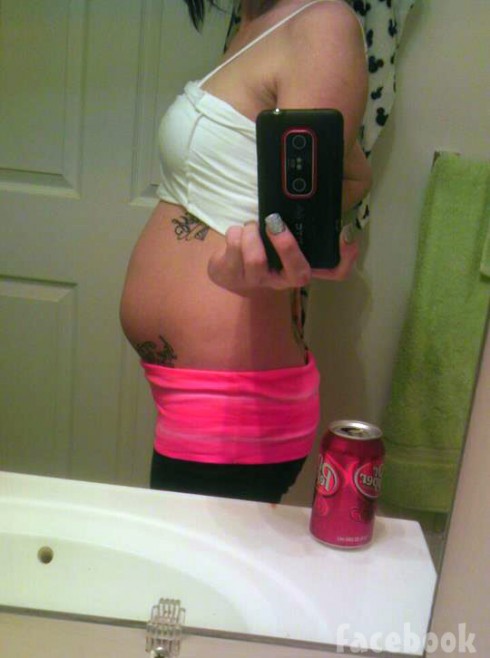 Mellie had previously stated her due date was July 8, but she tweeted an update yesterday in which she revealed it is July 19. And another thing that has changed is her little boy’s name. Initially she planned on naming him Angelo Giovanni Stanley, but she posted on Facebook yesterday that her plan is now to name him Richard Joe. “Yea that’s the final name but his nick name is gonna be Whetzel,” Mellie wrote.

And I’m guessing there are a lot of you out there curious as to what Mellie’s boxing glove body paint job looked like without being blurred. I can’t really give you what you want here (we gotta keep it PG-13!) but if you click the photo below you can see the original picture tweeted by Mellie: 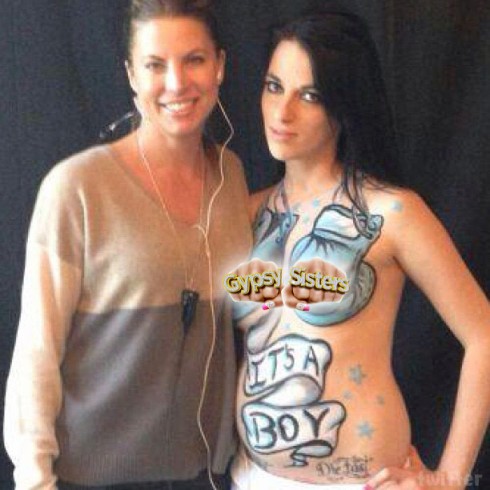 For those wanting more of that TLC Gypsy entertainment, don’t worry — the second season of My Big Fat American Gypsy Wedding will premiere this Sunday night at 9/8c!