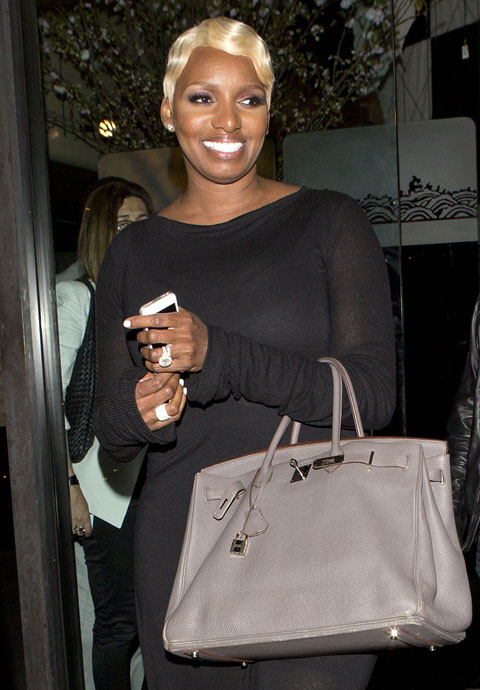 When host Andy Cohen asked if this ring was bought with The New Normal money, NeNe was quick to say that Gregg, who she’s set to remarry in a televised ceremony, got the ring for her.

“We wanted to get a carat for every year that we’ve been together,” Leakes says. “We were married for 15 years, we got 15 carats on just this ring, and the band is something I already had, but I’m gonna add another band to it when we remarry. And it’s gonna be stupid. It’s going to be ridiculous.”

The ring is already ridiculous, child! 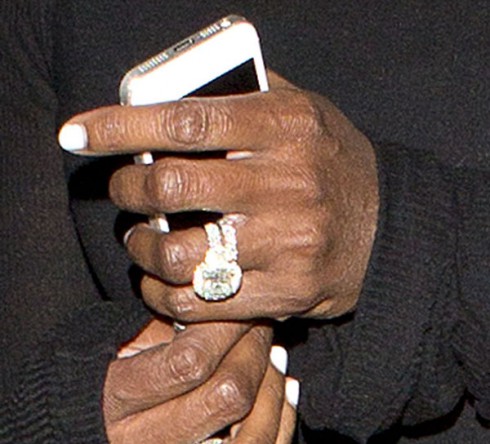 Maybe it wasn’t New Normal money, maybe NeNe and Gregg used some of their Real Housewives money to buy that ring. Nene is reportedly raking in a cool $1 million to stay on the reality show.

Her wedding special I Dream of NeNe will air this fall on Bravo, but the wedding is reportedly going to be very soon.

Are NeNe Leakes and Gregg Leakes getting back together?