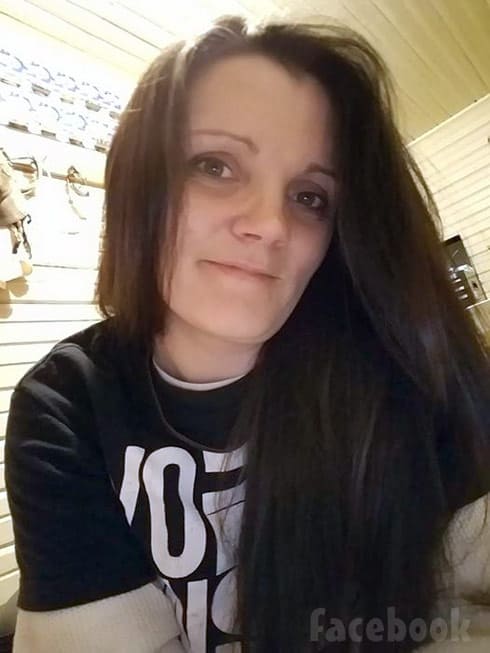 It has been just over a year since troubled Breaking Amish star Chapel Peace Schmucker found herself back behind bars after she and her sister were arrested for attempting to provide drug-free urine samples last January. Chapel was on probation at the time from a previous arrest in July of 2015 for heroin and Valium possession. So how is Chapel doing now?

We are happy to report that she was released again from prison in December and she has since revealed on Facebook that she is “doing very good.” Chapel reveals that she and co-star Andrew Schmucker are still married, but she doesn’t offer any more information than that. It’s unclear if Andrew is still behind bars, but it would appear so given that Chapel shared this photo with him on January 15 and wrote “Saw this guy today ♥” 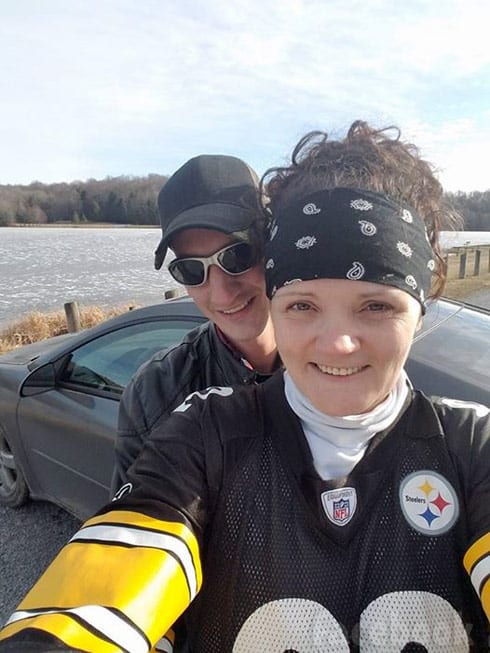 We have heard reports that TLC is currently filming for a new season of Breaking Amish: Return To Amish, but when Chapel is asked about the reports, she says “I couldn’t tell you.” Although she doesn’t know if the show is coming back, she does know that “Andrew and I are not.”

Chapel also reveals that she is voluntarily attending AA meetings to help stay sober and battle her addiction issues. She has posted photos with her son Kolden, and overall appears to be doing just as well as she says.

Speaking of what “she says,” here are some interactions Chapel had with people on Facebook, as well as some posts and photos from her personal account over the last month and a half:

How are you Chapel?
I’m doing very good thank you

Are you and Andrew still together?
We are still married..

Is Breaking Amish coming back?
I couldn’t tell you.. Andrew and I are not

I would just pack up, move and start over. A new year a new life with a new beginning.
Already doing all those things

I know quite quickly few people who have completely turned their lives around after addiction problems. It’s a long hard road but well worth it.
It’s definitely gonna be a hard road. But can not be as difficult as what I have already went through while I was in the therapeutic community…

Jan 4 – Tonight I’m going to an AA meeting not because I’m court ordered because I choose to.. I found my nac in AA even though I’m a recovering addict.. To all the addicts still sick and suffering find a meeting tonight if possible you will be greeted with a firm handshake or a friendly hug you will also find a new family full of support…

Jan 5 – Off to drug and alcohol evaluation… gonna tell not not to put me in IOP cause that’s just a place to meet connects but I do want counseling even though it’s not court ordered cause I want to stay clean and sober..

Jan 14 – Dealing with Koldens flu is not what I would call a good time.. but I would not give this up for the world.. I’m finally healthy enough to be a mother to my children and I’m lovin every minute of it..loving the sober life!!

Jan 16 – Okay Facebook family it’s been awesome catching up with everyone but I’m in desperate need of some personal time.. so if you want me to have ur cell you have till tomorrow morning to inbox me … I’m shutting my Facebook down while I regroup….

Jan 23 – i seriously think i have sundowners … i stay awake all night cleaning the house doing dishes , laundry whatever needs done.. im not liking this schedule cause its the one of an addict only difference is im a grateful recovering addict…i need a job who knows who is hiring? i also need some sober friends in life… i miss real people with good intentions!!

Congratulations to Chapel. Of course we wish her the best and hope that she has finally gotten her life back on track permanently. I know that she says she and Andrew will not be participating in the reported new season of Breaking Amish: Return To Amish, but I hope she at least concedes to allowing production to provide fans with an update on how she is doing, even if it is just a still photo with text.