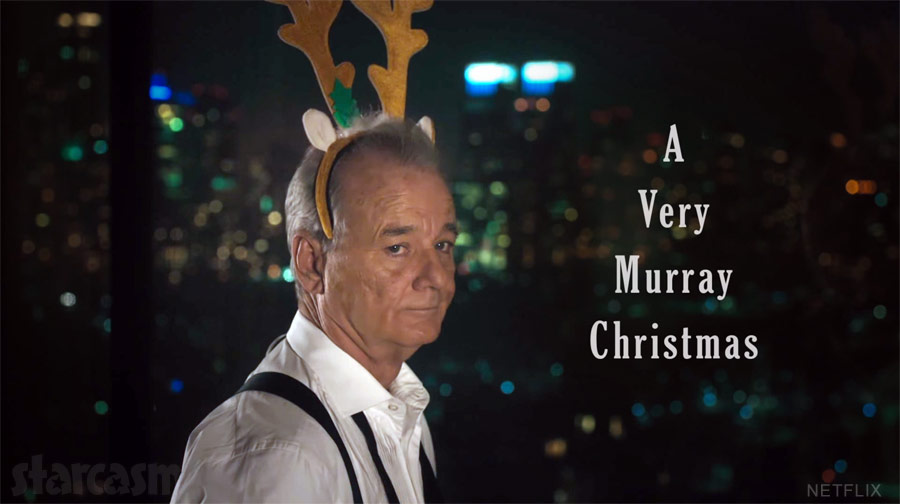 Netflix sure knows how to milk a holiday special. First, the streaming giant got our hopes up last fall with a quick, well-placed mention of a forthcoming Bill Murray Christmas special–and we all thought it was coming out last December. That, of course, was not to be. And, for a little while, it looked like the whole thing was maybe nothing more than a Murray-sponsored joke. The hashtag #ThatsSoMurray even trended, for awhile, on Twitter.

Then, Murray was Letterman’s last guest this week. He mentioned the special again (as had George Clooner last week), and the buzz was on. Clooney riding on a sled pulled by Miley Cyrus? The Rockettes? Abundant nonsense? What’s not to like?

According to the Netflix press release, the premise of the movie is equally simple (and not that different from most Christmas specials):

A snowstorm hits New York City and Murray worries that none of his guests will be able to make the trek, according to Netflix. But with a combination of divine luck and perseverance, he ends up partying the night away with countless A-list guests at The Carlyle Hotel. The cast of partiers includes highly notable names, including George Clooney, Dimitri Dimitrov, Michael Cera, Chris Rock, Amy Poehler, Maya Rudolph, Miley Cyrus, Jason Schwartzman, Rashida Jones and more.

That is a glorious cast. And they present the promise of a glorious mess of a special. Merry early Christmas, everyone.

Who should replace Jon Stewart on The Daily Show?