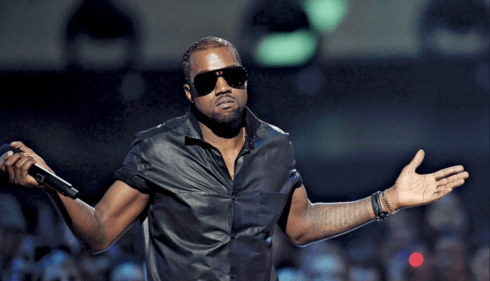 In his latest attempt at being more Kanye than Kanye, Kanye West has announced that he’s writing a philosophy book on Twitter — in real time. Could Kanye be the next Nietzsche?

Of course, Kanye didn’t invent tweeting aphorisms and observations, but he’s one of the most influential people on the microblogging site. After an 11-month absence from Twitter, Kanye’s every tweet is relished by people hungry to retweet something that isn’t a disillusioned political meme.

The book’s title is called Break the Simulation, and there’s no word on publication date. (Of course, it’s already being published before our eyes — but there will no doubt be a physical copy available for purchase at some point.)

Let’s take a look at some excepts from this social media experiment in self-proclaimed wisdom. Much of Kanye’s wisdom is recycled or straight up stolen from other quotes, but, as Kanye points out “all great artists take an update.” That’s Kanye’s twist on Pablo Picasso’s oft-shared quote: “Good artists copy; great artists steal.”

distraction is the enemy of vision

Sometimes you have to get rid of everything

everything you do in life stems from either fear or love

be transparent as possible. Stop setting plays. Stop playing chess with life. Make decisions based on love not fear.

Don’t follow crowds. Follow the innate feelings inside of you. Do what you feel not what you think. Thoughts have been placed in our heads to make everyone assimilate. Follow what you feel.

too much emphasis is put on originality. Feel free to take ideas and update them at your will all great artist take and update.

Cars have four wheels. Hoodies have hoods. It’s amusing to me when some one says this is an original hoodie. Bro… it’s a hoodie ?‍♂️

truth is my goal. Controversy is my gym. I’ll do a hundred reps of controversy for a 6 pack of truth

if you wanna see the true character of person watch the way they treat someone who can’t do anything for them.

today will be the greatest day so far. Life keeps getting better and better.

Kim Kardashian and Kanye West to pay surrogate $100,000 to have their third child

Why was Kanye West hospitalized? Doctor reportedly admitted him for sleep deprivation