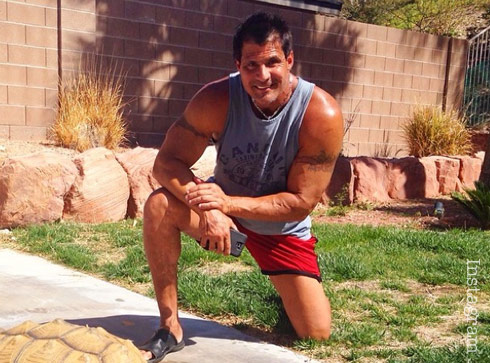 Jose Canseco, a former big league slugger and the man mostly responsible for pulling back the curtain on the epidemic of steroid use in Major League Baseball, accidentally shot off one of his fingers while trying to clean his gun.

Canseco’s fiancée Leila Knight tweeted out a request for everyone to pray for Jose’s digit:

He was sitting at a table in their home cleaning the gun when it went off. She says he didn’t know it was loaded — and the shot ripped through the middle finger on his left hand.

Later on Knight and Jose’s daughter Josie tweeted out their anger at all the jokes being made at Jose’s expense after news of the accident spread:

Canseco has appeared on Celebrity Apprentice and The Surreal Life. He will be featured in the upcoming season of Botched. You can check him out in the trailer here.