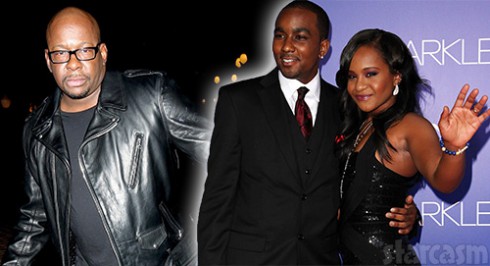 After Nick made several public requests to see Bobbi Kristina, Bobby’s lawyers offered him a chance to do so — if he met certain terms.

“We are only concerned with individuals that can help Bobbi Kristina and bring resolution to the investigation,” Bobby’s lawyer said in a statement via TMZ.

In a response statement issued to Radar Online, Nick’s lawyer said they advised him not to meet Bobby’s request.

“Bobby Brown has consistently prohibited Nick, who Bobbi Kristina would want by her side, from being there. Per his own words, Mr. Brown has only ‘offered an opportunity to potentially meet with Bobbi Kristina’ if Nick were to meet certain conditions, conditions that we, his attorneys, have advised him not to meet, particularly in light of Mr. Brown’s inability to guarantee access,” Nick’s attorney said this weekend. “But in an effort to do all he can to visit, Nick has repeatedly offered to meet with Mr. Brown privately to discuss his request in person, rather than through lawyers. Those offers have also been rejected. We hope Mr. Brown has a change of heart.”

Today, Bobby’s attorney clarified that Nick isn’t cooperating with Bobby or investigators. That’s big, considering he is reportedly the target of a criminal investigation.

“Due to Mr. Gordon’s failure to place in tangible form his understanding of the events that lead to the hospitalization of Bobbi Kristina, there is no reason for any additional discussion with him,” lawyer Chris Brown said in a statement to E! News. “It appears that Mr. Gordon did not what his understanding of the facts to be subject to the truthful examination of various experts or Bobby Brown himself.”

Still, Nick doesn’t seem to be giving up — at least with his personal image campaign.

As for Bobbi Kristina’s condition, she had a tracheotomy last Thursday because leaving a breathing tube in long-term has a greater risk of infection. However, family sources told People that others shouldn’t read too much into the procedure.

“She is still critical,” an insider said last Thursday in the latest significant update on Bobbi Kristina. “We don’t know what the outcome will be. No one is giving up on this kid.”

Update on Bobbi Kristina: Amidst mixed reports, family member admits her status is ‘so confusing’