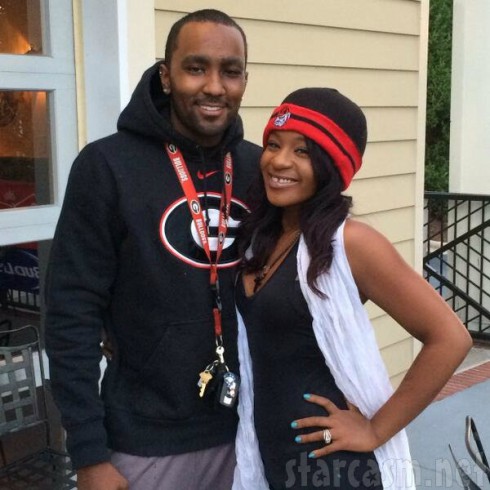 “Yeah Im sad,” began Bobbi Kristina, in one exchange with an unknown friend. “It’s about nick…. :((”

According to the exchanges, Bobbi Kristina was “sick of the fighting” between herself and Gordon, and was looking for a way out.

In another of the Bobbi Kristina texts, BK laments her situation in more general terms. “I just seriously don’t know what to do about him,” she says. “You know how he is I care about him but I’m so sick of the fighting and him and him telling me what I can and can’t do… Plus what I found out….. I’m devastated….”

The friend doesn’t comment on what Bobbi Kristina “found out,” but does offer words of consolation: “I’m here for you baby I love you so much.. We can get together this weekend I promise I don’t like seeing you sad :(”

Another friend of Bobbi Kristina’s characterized Nick Gordon as a “jealous” boyfriend, one who often lashed out at her with violence. According to that friend,

Krissi was referring to Nick’s violent outbursts that turned physical and abusive. She was also upset that he’d text and flirt with other women, and she suspected that Nick was cheating on her. She was very depressed and taking a lot of Xanax and wanted desperately to get away from Nick because she believed he had snapped.

Last week, the conservator of Bobbi Kristina’s estate filed a $40 million civil lawsuit against Nick Gordon on behalf of the Brown and Houston families. That lawsuit alleges extreme emotional and physical abuse on Nick Gordon’s part, and says in clear terms that Gordon is to blame for Bobbi Kristina’s current state.