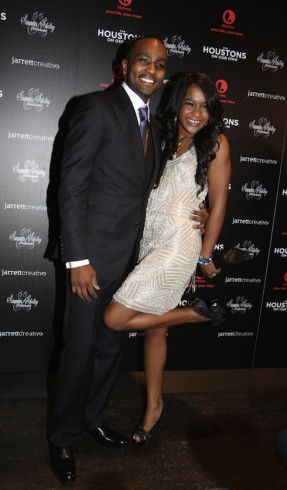 Bobby Brown has petitioned a court to become the legal guardian of daughter Bobbi Kristina’s estate. Previously, Brown had the power to make medical decisions on his daughter’s behalf–something he’s been doing since Bobbi Kristina slipped into a coma on January 31st. Now, though, he’s asking to be put in charge of all of Bobbi Kristina’s finances. Those close to the family say that Brown has made the request in part because Kristina never received her inheritance from mother Whitney Houston’s estate.

The exact value of Houston’s estate is not clear. Some sources put its value at around $20 million at the time of Houston’s death in February of 2012. Others claim that she was $20 million in debt, thanks to years of careless spending. A CBS report from just after Houston’s death notes that her back catalog had become extremely valuable thanks to the singer’s death, and that any debt Houston had incurred could be wiped clean by the surge in sales.

According to a source close to Brown, all Bobby wants is what’s best for his daughter:

This is not about him taking her money – he has money of his own. This is about making sure that she will have the best care for as long as she needs … The truth is that he wants to get her the best care she can possibly get, that’s all.