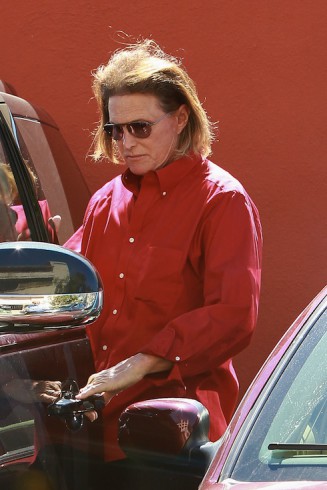 Most of the attention paid to Bruce Jenner in the wake of his transition announcement has been positive. Celebrities as diverse and major as Oprah, Elton John, and Kim Kardashian have offered up their love and support for Jenner and for what is quickly becoming a major topic of discussion internationally–namely, that of transgender rights. But not everyone feels the same way, as Australian actress Alice Eve made very clear with an Instagram post late Monday night. Eve, who has since deleted the post, accused Jenner of “playing at being a woman,” and took him to task for what she feels is an unfair gender advantage he still possesses.

The full text of the post is as follows:

Nope. If you were a woman no one would have heard of you because women can’t compete in the decathlon. You wouldn’t be a hero. You would be a frustrated young athlete who wasn’t given a chance. Until women are paid the same as men, then playing at being a “woman” while retaining the benefits of being a man is unfair. Do you have a vagina? Are you paid less than men? Then, my friend, you are a woman.

After fans showered Eve with derision and began unfollowing her like mad, the actress changed her tune somewhat. She went on to acknowledge that the transgender struggle is “horrific,” and followed that up with a photo of Ziggy Stardust-era David Bowie.

Bruce Jenner has offered no comment on Eve’s remarks, and neither have any of his family members.