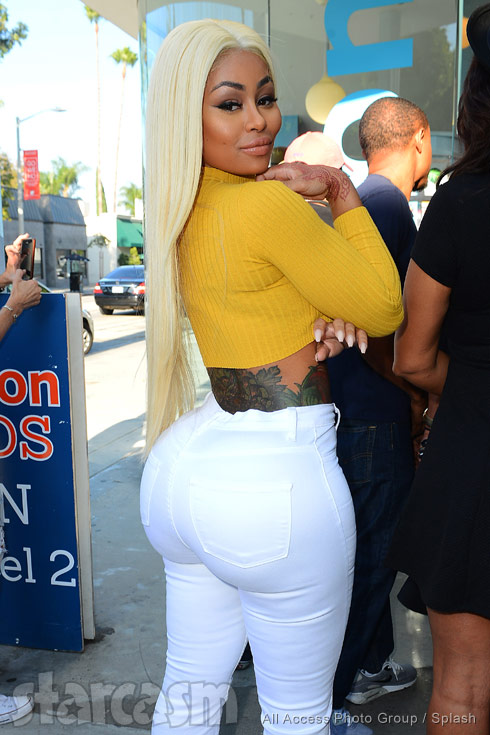 We now know of at least one other person who doesn’t approve of the Tyga-Kylie Jenner engagement. Tyga’s ex Blac Chyna, who’s been engaged in a feud with Kylie Jenner for so long the enmity almost predates Kylie’s time as a PacSun sales rep, recently escalated her Kylie Jenner feud, in light of the engagement news.

As has often been the case with all things Kylie Jenner and Tyga, the most recent spat in the Kylie Jenner-Blac Chyna feud started via a little social media shade throwing. This time, Tyga–who, it should be pointed out, has only allegedly made a Kylie Jenner engagement announcement–took to Instagram to head off some nasty rumors at the pass. Reportedly, both Tyga and Kylie Jenner are worried about Blac Chyna using her upcoming MTV reality show as a vehicle for sharing secrets about the couple…as well as for telling lies.

So, Tyga said this:

When the hating don’t work they start telling lies. #WhereYoFerarriTho ?

Which led Blac Chyna’s BFF Amber Rose–with whom Blac Chyna will supposedly share the MTV show that looks to catapault them both into the upper celebrisphere–to retort with this:

And so of course Tyga had no choice but to hold serve with this:

This particular sub-plot of the greater Kylie Jenner-Blac Chyna feud all started, of course, after Tyga gave Kylie a $320,000 Ferrari for her 18th birthday last month. Many observers questioned the move, as it came just weeks after Tyga was sued by a former landlord for approximately $80,000 in unpaid rent. And Blac Chyna was left to chuckle in the midst of it all; devotees will recall that shortly after Tyga gifted her a car some years ago, the vehicle was reposessed.

Neither Kylie Jenner nor Blac Chyna have yet spoken out regarding the matter of vehicular gamesmanship, nor has the former addressed the whole matter of an alleged Tyga-Kylie Jenner engagement.

Rumors that Kylie Jenner is pregnant with Tyga’s baby have yet to be disconfirmed.