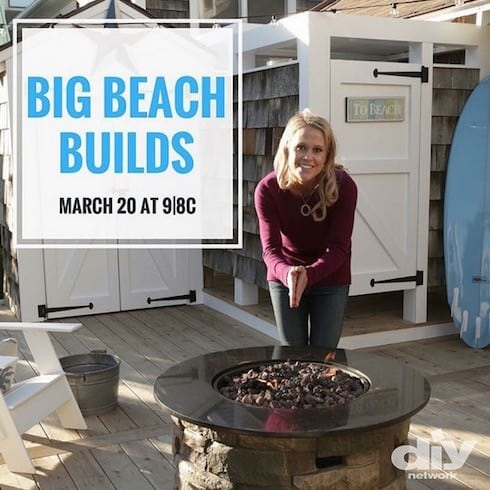 Marnie Oursler is the latest in a very long line of builders and contractors, and her DIY show Big Beach Builds looks to cement her status as one of the eminent home renovators on the Atlantic coast. Marnie is a coastal woman through and through: she grew up in Maryland and Virginia and attended college at East Carolina University (after a yearlong stint at the Naval Academy) before settling in Delaware.

And, while growing up, Marnie “pretty much did everything” on the family’s construction sites, as she recently told The Bay Net. “Everything” included “pouring concrete, digging ditches, and carpentry,” often alongside her brother Chris, or assorted uncles. So, though she “didn’t love” the work, Marnie was hardly fazed when confronted with her first Delaware “dump”: she simply flipped it, sold it, and began “studying the market.”

RELATED: How does Beachfront Bargain Hunt work? Is it fake? Behind-the-scenes details from participants 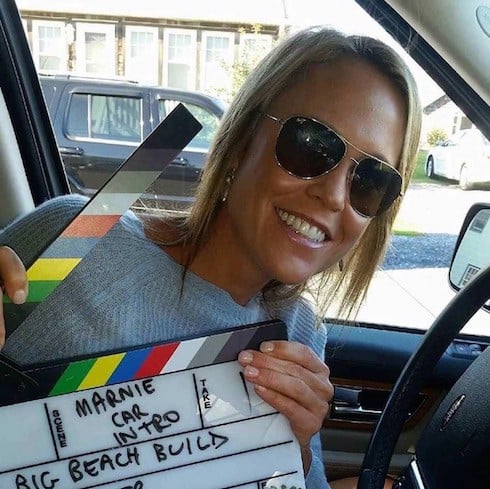 Indeed, one of the challenges Marnie will face on Big Beach Builds–and one of the details that looks to set her show apart from other house flipping shows on DIY or HGTV–is the amount of abuse a house can take simply by existing on the seaside. “There’s nothing like living at the beach,” Marnie said in the show’s press release. “But all that sun, sand and salt air can really take a toll on a home—that’s where I come in.”

But, as she’s demonstrated over the past few years, Marnie is more than up for the challenge. For starters, she’s responsible for building the first LEED-certified house in the entire state. In 2012, Marnie made headlines for building a house using only American-made materials; that led her to the “We Build America” campaign, a stint as the official spokesperson for national chain 84 Lumber, and a Gold Stevie Award for being the top female entrepreneur of a company with ten or fewer employees in the United States. 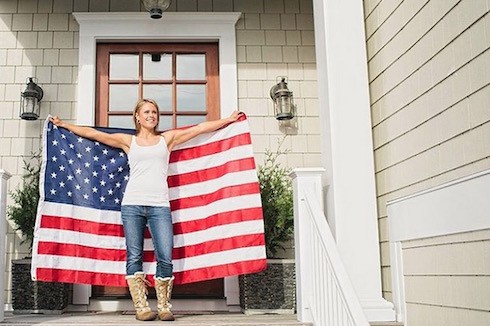 Though she was initially “cautious” when DIY got in touch about filming her own show, Marnie, who is also a real estate agent, says she quickly realized that explaining her renovations for a camera was exactly like what she had already been doing for years: “explaining” [her own homes] to a client.” (Big Beach Builds won’t feature any of Marnie’s original houses; instead, the focus will be on custom renovations shot specifically for the show.)

DIY’s official synopsis for the show makes it clear that Marnie will work with any structure, no matter how humble: “From gorgeous decks that make the most of ocean views, to beach glass inspired kitchens and customized sand-friendly spaces, she’s taking classic beach houses that have been around forever and giving them modern updates while still preserving their charm.” With that in mind, here’s a look at the type of craftsmanship and aesthetics you can expect from Marnie on Big Beach Builds:

I'm SO excited about my blog post for tomorrow – it's a holiday gift guide of all my favorites! Click the link in my profile to subscribe to my weekly newsletter to be the first to know when posts go live (and also receive other fun stuff, like links we love and tips of the week directly to your inbox!)

Can't wait to see how this round window looks when this beach home is finished!

Sometimes all we need is a new perspective. ?

Did someone order a pool with a view?

And, after all that, don’t forget to tune in: Big Beach Builds makes its big debut Monday, March 13, on DIY.