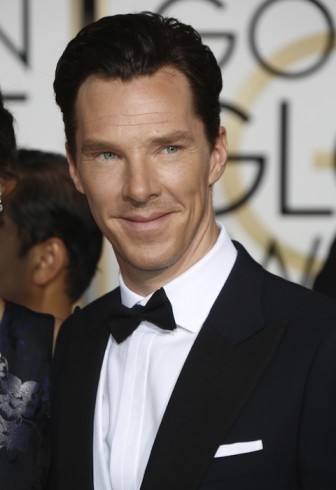 Benedict Cumberbatch is in a spot of Cumber-trouble following this week’s big reveal: the Sherlock and Imitation Game star recently dropped the “c-word” in an interview on PBS. No, not that c-word: Mr. Cumberbatch referred to black people as “colored” while in the middle of a broader conversation about race and the acting roles available to actors who aren’t white. Here’s the clip:

The comments caused a bit of an extra-loud uproar in light of last week’s big Oscar reveal–namely, that all of the acting nominations went to white folk. And it’s worth pointing out that, as the clip demonstrates, Benny C-Pants was actually talking about the greater number opportunities for black actors in the US when compared to the UK.

Still, a controversy’s a controversy, and Benedict issued a statement apologizing for his words, sorry for his “thoughtless use of inappropriate language,” the Academy Award-nominated actor said “I’m devastated to have caused offense by using this outmoded terminology. I offer my sincere apologies. I make no excuse for my being an idiot and know the damage is done.”

Tavis Smiley, the PBS interview to whom Cumberbatch was speaking–and who, it should be noted, is African-American–was gracious in a statement he made to USA Today:

Sometimes words get in the way, but what was abundantly clear to me, and I trust to viewers who saw the conversation, is that Benedict Cumberbatch is in solidarity with persons of color who are still staggeringly underrepresented in the film and entertainment industry.

Meet Brandee Dillehay of Love in the Wild