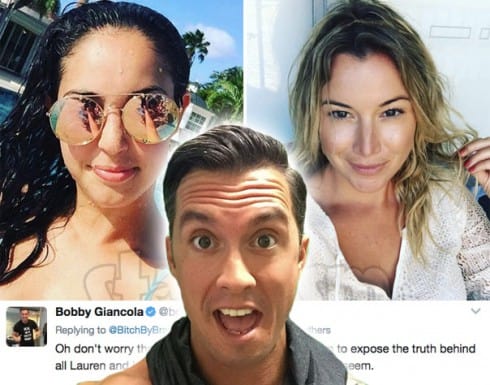 In a Below Deck Twitter throwdown, deckhand Bobby Giancola says he’s got the receipts to prove that Hannah Ferrier and Lauren Cohen are full of lies.

Things got all “Angry Birds be tweeting” crunked up as Bobby, Hannah, and Lauren traded barbs over a recent confrontational scene from the show. It all started with a tweet containing a link teasing the fractious scene in question:

Then, things escalated when another thread with a lot more Lauren got lit: 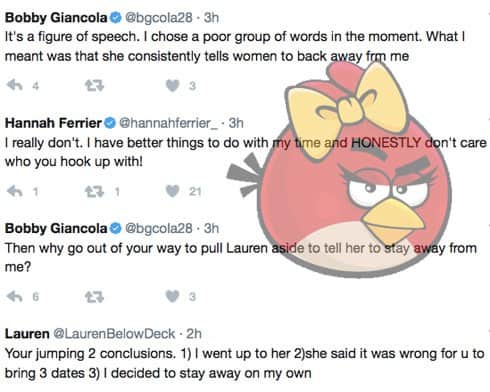 Yikes! It looks like the crew could use a refreshing dip in Sirocco’s pool to cool off. Lauren, a former NFL cheerleader who went on one rather unfortunate date with Bobby, recently signed off–and perhaps summed it all up best–when she tweeted, “Today has been wild. Because I feel that we are feeding into a developing mental health issue, I’ll be taking a twitter break 4 a bit!”

The next episode of Below Deck Mediterranean airs Tuesday at 9/8c on Bravo.