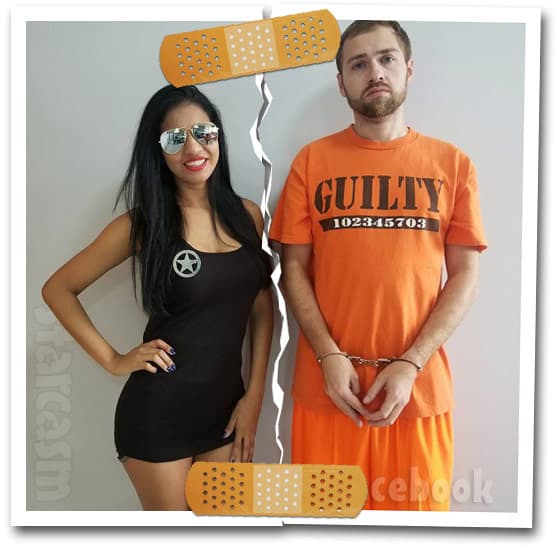 True love is alive in the Amazon! Before the 90 Days couple Paul Staehle and Karine Martins had a very public falling out this weekend over alleged racy texts between Karine and someone named Alex, and it appeared that Paul might be packing his trunk collection and heading to the “bodock” to catch a ride to the airport and a flight back to the US. But, Karine and Paul took to Instagram Live on Monday and revealed that #Paurine are back together!

Unfortunately, it was Karine who did all of the talking, so most viewers were just like Paul (and me) and didn’t understand a word she was saying. Fortunately, there were some viewers who spoke Portugeuse, and one of them shared some details about what Karine said during the streaming session in a 90 Day Fiance fan group. 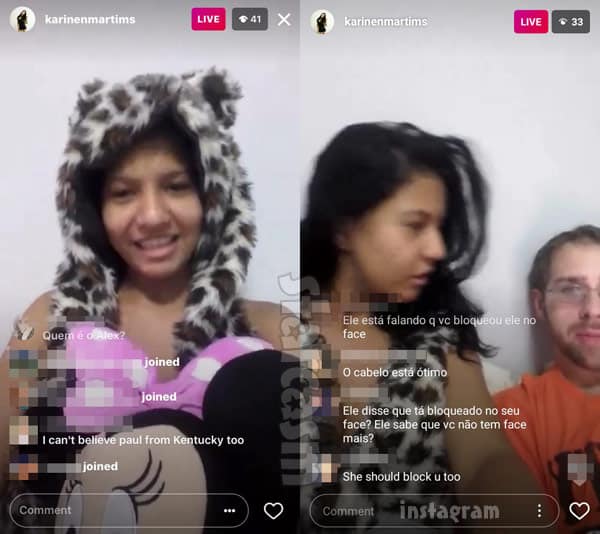 Karine confirmed that the two did break up, but says it was all a misunderstanding over her friend Alex. Karine also reveals that Paul is very jealous and checks her phone often — which sounds about right.

In addition, the “reporter” (for whom English appears to be a second language) says that Paul is currently living in a rented house with Karine in Brazil after they “canceled the visa process.” Karine reportedly reveals that they “are trying a different visa,” but the process is expensive.

I’m not sure what other visa options are available, unless it is Paul looking to relocate to Brazil. That prospect would jibe with his previous comments about Karine having no interest in relocating to the US or learning English. Then again, it could just mean that they have re-applied for the K-1 visa. This is apparently a very common thing as the application are often denied one or more times before being successful. [Cue: Loren soapbox session.] And it could be that Paul recently being taken off probation for his felony arson conviction might increase their chances of being approved the second time around.

Regardless of what their visa status is, Paul reportedly plans on remaining in Brazil until December, unless they split up again.

Speaking of splitting up and not remaining in Brazil, Paul seemed to suggest that was about to happen after their most recent spat. “Mary Edna Norris Staehle see you soon,” Paul wrote to his mother on Facebook on Friday.

In honor of Paul and Karine’s reconciliation, I thought I would honor them by reversing our relationship poop water animated gif:

Congratulations Paul and Karine! We look forward to seeing all of this play out on TLC in a few months.