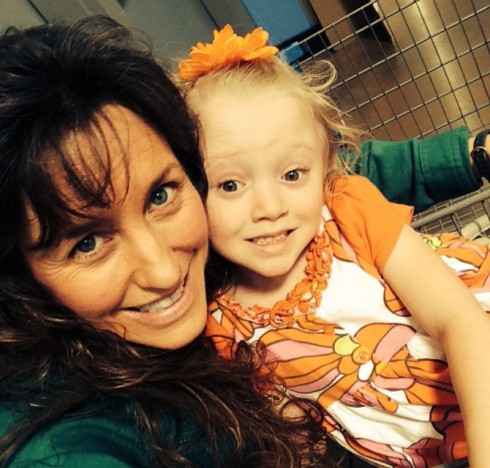 Hundreds of households around Fayetteville, Ark. received an automated phone call this week from 19 Kids and Counting‘s Michelle Duggar. Unlike the familiar message of love she and her family promote on the TLC show, Michelle encouraged area residents to speak out against an anti-discrimination ordinance.

According to Arkansas Times, the ordinance would “prohibit discrimination in public services, housing and employment that adds sexual orientation and family status to the familiar list of categories generally protected by federal law.”

Despite not living in the affected area, Michelle appealed to residents by claiming the ordinance would actually allow transgender people to “endanger” and “traumatize” kids.

“I don’t believe the citizens of Fayetteville would want males with past child predator convictions that claim they are female to have a legal right to enter private areas that are reserved for women and girls,” she said, implying transgender people are just creative perverts. “I doubt that Fayetteville parents would stand for a law that would endanger their daughters or allow them to be traumatized by a man joining them in their private space. We should never place the preference of an adult over the safety and innocence of a child. Parents, who do you want undressing next to your daughter at the public swimming pool’s private changing area?”

“The claim that this ordinance would provide predators with access to women’s restrooms in order to assault or leer at girls or women is nothing more than fear-mongering,” he said in a memo. “Transgender people — who are far more likely to be the victims of harassment and violence if forced to use a bathroom that is inconsistent with their gender identity or expression — deserve to have the ability to use the bathroom in peace and safety.”

The Fayetteville City Council will consider the ordinance tonight. Despite Michelle’s message, it is expected to pass.

In addition to her unpopular opinion on transgender people, Michelle and husband Jim Bob Duggar have been criticized for referring to abortion as “baby holocaust.” Their oldest son, Josh Duggar, is executive director for FRCAction, the lobbying group affiliated with the Family Research Council (and, by extension, the Arkansas Family Council). The group promotes itself as “pro marriage and pro life.”

Michelle Duggar is pregnant with her 20th baby!