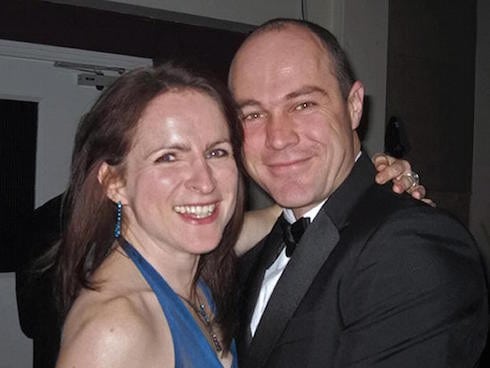 A British Army sergeant is currently on trial for attempting to murder his wife by sabotaging her parachute, then sending her on a skydive and whistling in the corner. Per the Independent, Emile Cilliers merely “suggested” that his wife Victoria, a “highly experienced [skydiving] instructor,” go enjoy herself by leaping from an airplane, having already tampered her “primary and reserve parachute on [April 5], 2015.”

Fortunately, Victoria Cilliers survived the 4,000 foot jump–which helped lead investigators to the most batsh!t part of this story: the parachute sabotage was actually the second time Emile had tried to kill his wife that week. Emile Cilliers’ two murder attempts against wife Victoria came, according to prosecutors, after he found a new lover on Tinder and decided to try and collect on his wife’s $160,000 insurance policy. (The policy was actually for 120,000 British pounds, which comes out to $157,380 based on today’s conversion ratio.) The first attempt came on March 29, when Emile caused a gas leak at he and Victoria’s home when he knew she would be there and he would not.

But the deception doesn’t just stop with murder and insurance fraud! Prosecutor Michael Bowes QC further alleged that Emile kept his new best friend from Tinder in the dark about his relationship with Victoria, telling the woman that he was actually going to divorce her because she had been cheating on him for so long that he’d just found out “he was not the father of one of their children.”

On top of that, Emile was also having a second affair–with his first wife–when he met his Tinder lover and set the murder plots in motion.

The BBC has been reporting from the trial, where testimony further reveals Emile’s staggering incompetence and general horridness. For example, the chief instructor of the Army Parachute Association chapter based at the airfield where Victoria was injured in her fall said that Victoria’s parachuting skills were “in the top percent of competency in the country,” and that it is “almost impossible” for the “extremely strong” components that Emile removed from her parachute to have come off on their own.

For his part, Emile Cilliers denies both murder charges.