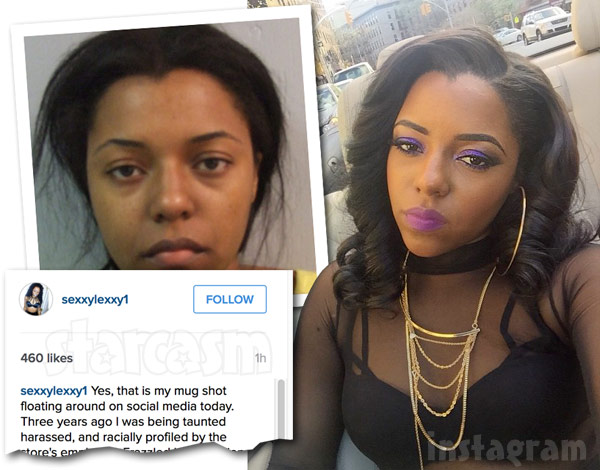 Earlier today a mug shot photo of Love & Hip Hop star Sexxy Lexxy surfaced online from a 2012 incident in which she allegedly shoplifted some cosmetics valued “between $2.37 and $15.49” from a CVS before nearly running over a man trying to stop her while speeding away from the scene in a red BMW. As you might imagine, the booking photo and story have spread like wildfire, causing Sexxy Lexxy herself to respond by explaining her side of what went down.

“Yes, that is my mug shot floating around on social media today,” Lexxy wrote on Instagram. “Three years ago I was being taunted harassed, and racially profiled by the store’s employee,” claims Lexxy. “Frazzled by his actions, I walked out in a rage with the cosmetics in hand. As a result, I was arrested.” 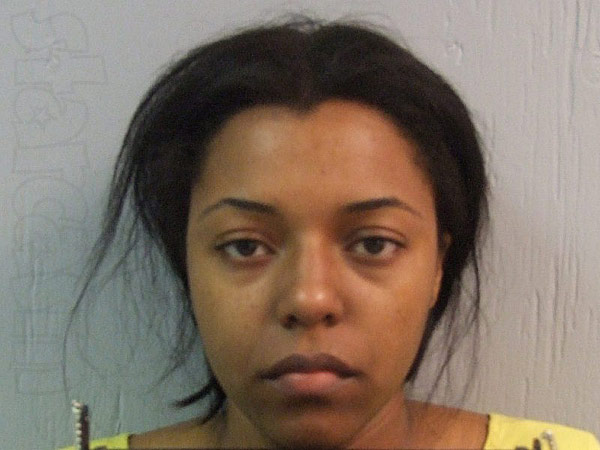 But Lexxy does accept some responsibility for her role in the incident. “I have no excuse for my actions,” she admits. “I am not my past. We all have issues. I have had issues in life, but money to make purchases has not been one of them. I apologize to my fans, friends, and family for letting you down in any way. I am a work in progress and I have set my sights on bigger and better things.” She ended her statement with a string of hashtags: #BBOD #TeamBBOD #LHHNY #LHHNY6 #MovingForward #HellOfaNight #NoFilterForThis #DumbShitWillGetYouLockedUp #YoungAndDumb

Here is the original police report account of the incident, which took place on June 3, 2012:

Police responded to CVS at 375 Queen Anne Road where the manager said the store’s security alarm was activated when a woman left the store without paying for a purchase. A customer followed the woman into the parking lot where she fled into the driver’s seat of a car. The customer positioned himself in front of the vehicle and yelled “Stop” and put his hands out signaling the vehicle to stop. Instead, the driver accelerated the vehicle, causing him to jump out of the way. The license plate was noted and the vehicle was traced to Eliot Court, where the driver, identified as Alexis Walker, 25, of Eliot Court, was found hiding in the parking lot. She was charged with first degree robbery and second degree aggravated assault and was remanded to Bergen County jail in lieu of $75,000 bail with no 10 percent option. A passenger in the vehicle, Brione Everett, 22, of New York City, was charged with hindering apprehension by giving false information. She was released on a summons. The value of the cosmetics, which Walker concealed in her purse before leaving the store, was estimated at between $2.37 and $15.49.

Detective Lt. Andrew McGurr revealed at the time that Lexxy’s five-fingered filching was captured on the store’s security camera.

I know everybody has a past and all that, but I think it’s going to be a long time before Sexxy Lexxy is able to live down the fact that she nearly ran a man over during a getaway after stealing a few dollars worth of makeup from a CVS!