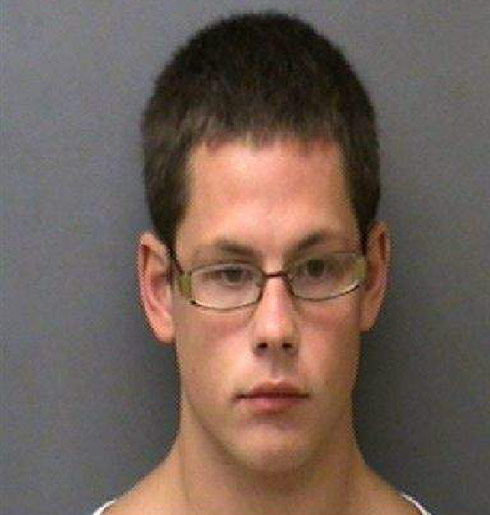 A group of children are being credited with saving a 6-year-old from a self-confessed pedophile after the young girl was abducted from an Indiana playground.

19-year-old Caleb Cooper was arrested on Monday and charged with criminal confinement and child molesting after a group of children led authorities to his apartment. The other kids claimed he made off with the child after promising to show her his “new kitty.”

The young girl’s brother was among the children who felt something was wrong when they followed Cooper and the child to his apartment only to discover that the door was locked. According to court documents shared by WISH-TV, the group was afraid for the 6-year-old and “started knocking on all the doors so someone would help her.”

One of the notified neighbors dialed 911 and when the officers arrived, they discovered the child nude in Cooper’s bedroom. She told police that Cooper had kissed her and attempted to have sex with her.

As Cooper was being led away from the Autumn Oaks Apartments he was alleged to have told the officers, “I’m so stupid, I can’t believe I got caught doing this again. Am I going to get into a lot of trouble for this? Because I want to talk to my girlfriend first.”

According to court documents he later claimed that the child wanted to have sex with him and that it was “her idea.”

A probable cause affidavit, via The Indy Channel, stated that Cooper approached four children on the playground and started pushing them on the swings and bragging about a kitten he had in his apartment. He then allegedly grabbed the 6-year-old girl by the wrist, leading her to his 2nd floor unit.

Cooper was booked into the Henry County jail on $100,000 surety bond and $10,000 cash bond. His trial has been scheduled for October 29. If convicted, he could face a total of 34 years in prison.

Cooper is also said to have told the police that he had recently been on parole from an incident when he was 14 after “having sex with another kid.”