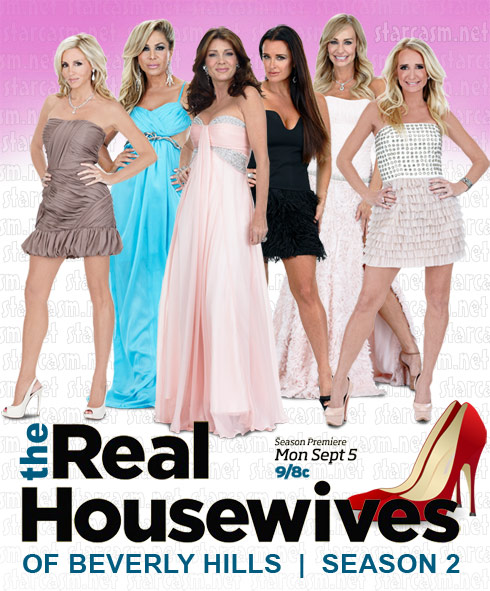 The second season of The Real Housewives of Beverly Hills was set to premiere on Monday, September 5, but in the wake of Russell Armstrong’s suicide there has been a great deal of debate over whether or not the season should be delayed or even scrapped. Bravo Executive Vice-President and Watch What Happens Live host Andy Cohen addressed the issue earlier today on his blog. Here is what he had to say:

We’re all still trying to process yesterday’s very sad news, and looking at how to proceed with the series, which has finished primary production and was set to premiere on Labor Day. We’ll let you know what we decide when we do. In the meantime, we’re sending our thoughts and prayers to Taylor and the rest of Russell’s family.

A classy and well-worded statement, as you would expect from Andy.

It’s my opinion that Bravo should take this opportunity to bring some gravity to the show and to the network. I think if this were any of the other Housewives franchises I would suggest just leaving it alone and addressing it in an emotional Reunion Special, much like when Kandi Burruss of Atlanta lost her ex-fiance A.J. Jewell in 2009. But, part of the appeal and enormous success of The Real Housewives of Beverly Hills was that it had a cast that seemed a bit more mature. Sure, it had its fair share of petty cat-fights and feuds, but with dignified and successful women like Adrienne Maloof and Lisa Vanderpump it had an air of sophistication that the other franchises lack.

I say go back to filming and give us a couple episodes of these women helping Taylor through this tragedy. This is supposedly “reality” television after all, right? I want to see how these women deal with this traumatic event, and even though I enjoy watching the entertaining drama of the other franchises play out from week to week (with a few exceptions), I don’t think I would want to see any of them deal with something like this, outside of an Andy Cohen interview/Reunion type scenario.

So I say call in some film makers more familiar with handling this type of heavy subject matter and document how these women deal with Russell’s death and Taylor’s grief. I would even suggest being really bold by running the final episodes commercial free.

Otherwise, I say edit the season so as to not feature anything showing Taylor or Russell in a negative light and run it as scheduled. Then, deal with the tragedy during an emotional, cat-fight-free Reunion Special.

UPDATES – According to Radar Online Bravo executives held a “mandatory ‘crisis’ cast meeting Wednesday, at Adrienne Maloof’s mansion, to discuss the suicide of co-star Taylor Armstrong’s estranged husband Russell.” Radar reports that during the “somber” meeting the still shocked cast members were asked not to speak to the press about Russell’s death. The site says Bravo is still trying to decide what to do about this season and reveals that cameras were present as Taylor and Russell attended counseling together. “The people at Bravo just want to do the appropriate thing,” the source insists. “Their first priority is being respectful to Russell, Taylor and their families.”

Although there are a lot of questions about what Bravo will do prior to the scheduled Labor Day premiere, one thing they won’t do is have cameras present at the funeral. According to TMZ, “Sources close to production tell us there’s some turmoil at the network — while everyone realizes Russell’s death will make the show more dramatic and watchable … they’re also nervous about pushing the envelope too far.” The site also says the cast hat a network execless meeting yesterday (Wednesday) to console each other. Taylor Armstrong was reportedly not present.