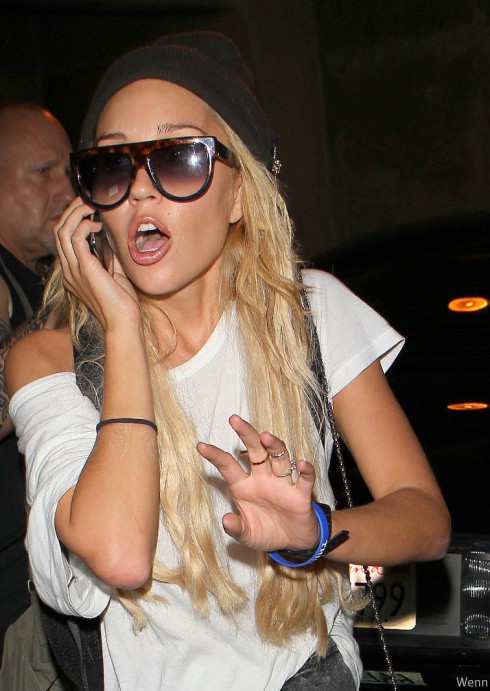 A source told People that Rick and Lynn Bynes are pleased with the judge’s decision, particularly because it buys them time to petition for conservatorship of their daughter.

“They’re happy she’s safe and that Amanda is finally getting some help.”

After tweeting earlier on Friday that her dad was incestuous and then saying the microchip in her brain made her write that, Amanda was involuntarily hospitalized at the Los Angeles facility on Friday afternoon.

Dr. Carole Lieberman, a Los Angeles psychiatrist, told CNN a person must be “a danger to self, to others or is gravely disabled” to qualify for California’s 5150 hold. Attorney Wendy Patrick added Amanda’s doctors had to provide “true and observable” evidence today in order for Amanda’s psychiatric hold to be extended.

“They can’t just make up evidence,” she said before the decision was announced. “The hearing is not just a rubber stamp.”

REPORT Amanda Bynes evicted for being a ‘building nuisance’