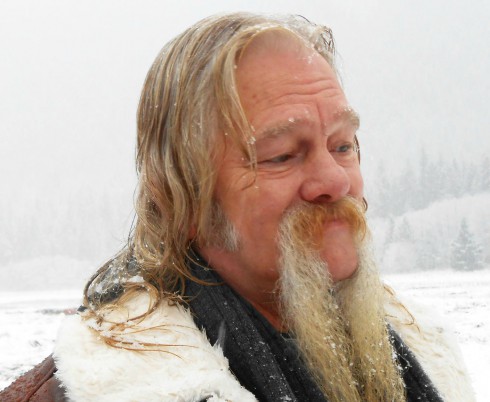 Bam, bam! is the sound of the justice system in Alaska hitting Alaskan Bush People‘s Joshua “Bam Bam” Brown and Billy Brown with jail time and fines for scamming the state. The Anchorage Dispatch News reports the father and son were sentenced to 180 days in jail with 150 days suspended for falsifying their Permanent Fund applications, which they admitted allowed them to steal at least “$7,956 from the people of Alaska.”

The charges came about after it was revealed that the Alaskan Bush People stars faked details about their residence in the state. (The Alaska Permanent Fund allows full-time residents to obtain a share of oil profits.) The family initially tried to get a plea deal, but the request was struck down by Juneau Superior Court Judge Philip Pallenberg. On Monday, Pallenberg ordered Billy return the nearly $8,000 he earned improperly and pay an additional $10,000 fine. Joshua, 31, must return $1,174 and pay a $2,000 fine. Both must serve 40 hours of community service and report to jail for their 30-day terms on April 15. The state agreed to drop the charges against the other family members. “This is a theft from every Alaskan,” Pallenberg said, explaining the punishments. “It harms everybody in the state.”

The family did not appear in court on Monday because Billy, 63, is reportedly receiving treatment for regular seizures in Washington state. His attorney suggested they don’t have immediate plans to return to Alaska. “They’ve actually changed what the show is all about because he can’t stay in the Bush anymore because he needs to be near medical attention,” lawyer James McGowan said when questioned about the situation in court. “So the Brown adventure is moving to an urban setting because he needs to be around doctors. So it’s the real deal, judge.”

Kirsten Swanson, attorney for Joshua Brown, said he felt “tremendous guilt” and wanted to serve his father’s jail time. “I explained to him that’s not the offer we worked out,” she added. Joshua and Billy both apologized for their crimes in statements read in court.