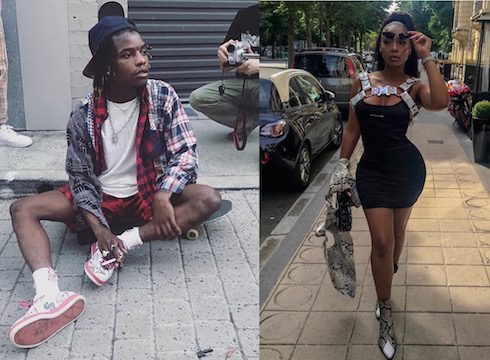 Love & Hip Hop Atlanta star Tommie has a new boyfriend — and he’s carrying a lot of questionable baggage. Who is Tommie dating? The 34-year-old is currently boo’ed up with 25-year-old model and fashion designer Ian Connor, who’s been accused of rape by approximately 21 different women over the past two years.

Tommie raised eyebrows after appearing alongside Connor at a number of different events while in Paris for haute couture fashion week (and to celebrate her birthday) at the end of June. As an article by LHHATL home network VH1 noted, Tommie and Ian Connor appeared to go unofficially public with a social media post.

The pair were also spotted out and about and cozy together at a number of high-profile events, seemingly cementing their relationship status.

Who is Ian Connor? What does he do?

Connor is best known for his role as Kanye West’s personal stylist; he’s also modeled in several Yeezy fashion shows, most notably at the launch of Yeezy Season 1. That show simultaneously turned Connor from a minor player in the world of fashion to a rising star. As Complex noted in their look at the Ian Connor rape allegations upon Connor’s disappearance in 2016 — more on that in a minute — Connor took on bigger roles for Yeezy Seasons 2 and 3, “got the job” styling Kylie Jenner, and began managing fellow models as well.

Connor briefly went viral in the non-fashion world after smoking a cigarette — exactly what sort is a matter of some dispute — while onstage during the Yeezy Season 3 show at Madison Square Garden. 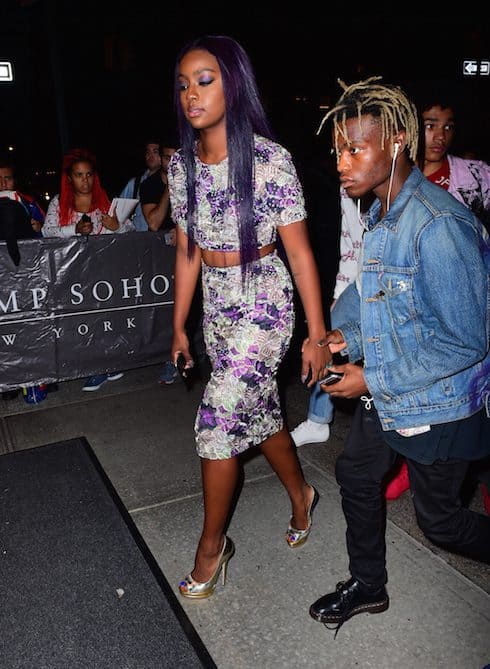 The first woman to accuse Ian Connor of rape was Malika Anderson, then a student at Emory University (in Atlanta, where Connor grew up and still lives), who published a blog post entitled “Ian Connor Is a Rapist, and I Know Firsthand” on April 8th, 2016. In her blog post, Anderson wrote that she and Connor connected on social media earlier that year, hung out in person three different times, and that Connor raped her on October 5th, 2014:

We were sitting on my bed, just talking. and he asked if he could eat me out. I declined. And I told him I wasn’t trying to have sex. So he’s like okay. Then he asked again if he could eat me out. I said no again and he just kept asking….Eventually, I gave in. I said “fine you can give me head”. Then he said “lemme eat it from the back”. So I laid on my stomach and pulled my pants down about halfway, the rest of my clothes were still on. He was fully clothed. He started to give me head. About 2 minutes later I felt his bare penis thrust inside of me *and he began to have sex with me*. I was shocked and didn’t know what to do and then I pushed him off of me and I was like wtf. And he says “your pussy is wavy. We should’ve did this a long time ago. We could’ve been dating” and I said “wtf I told you I didn’t want to have sex and you just did it…” And he says “so you tryna say I raped you” and at the time I hadn’t even processed what had just happened and I was like “I don’t know”. After that he left and said he was gonna text me. I was confused. I didn’t want to call it rape but I also couldn’t call it consensual sex because I had already told him I didn’t want to have sex with him and he took advantage of me being in a position in which he could penetrate me anyway when I wasn’t looking. It was diabolical. But at the time, I didn’t know how to think of it.

Almost immediately, a second woman accused Connor of rape. Artist and singer Jean Deaux described the incident on her Tumblr page, saying Connor had assaulted her in 2013, while the two shared a hotel room for a night.

“As soon as I fell asleep,” Deaux wrote, “I woke up and Ian was going down on me…I turned on my stomach and asked him to stop. He inserted his bare penis in me and pulled my hair….He stopped when he heard me crying and asked what was wrong. I said ‘I told you I didn’t want to do this, I said no.’…I even told him I was tripping on acid (I’ve never done acid) and I needed to go home, thinking this might stop him. But it didn’t, instead he saw it as the perfect opportunity to rape me, two more times. And he ejaculated inside of me.”

How many different women have accused Ian Connor of rape?

After Malika Anderson and Jean Deaux told their stories, several more women stepped forward. A Daily Mail exposé from June of 2016 revealed four more women who said Ian Connor had raped them. Khadiata Diallo, Jenni Stampley, Taryn Williams, and one woman who asked to be identified only as ‘Alyssa’ all shared similar stories involving Connor befriending them through social media, then taking advantage of them at vulnerable moments.

Later that summer, a Daily Beast feature on Connor’s long-standing habit of threatening women on Twitter noted that the number of Ian Connor rape accusers had climbed to ten.

But the number of rape accusers most frequently associated with Connor is 21. Amber Rose shared the figure in an interview, also with the Daily Beast, in which she said 21 different women had come forward to her, but that not all of the women were willing to make their stories public.

You can read the full interview here; the exchange in question is below:

That whole undercurrent of misogyny is rampant in hip-hop. One thing that’s very troubling that’s going on right now is the situation with Ian Connor. I believe it’s up to seven women who’ve accused him of sexual assault, and yet many of his famous hip-hop co-signers—Kanye, Drake, A$AP Rocky, etc.—have remained silent.
Because I have my SlutWalk, all of the women [who’ve accused Ian Connor] have reached out to me as well. They want to come to my SlutWalk and tell their story on my stage. I have that platform for them to do so. I’m not a lawyer. I can’t prosecute anyone or say, “What she’s saying is exactly the truth.” I wasn’t there. Honestly, seven came out and I’m pretty sure 21 women have reached out to me so far. So I’m assuming there are more [stories] coming out. It’s innocent until proven guilty, but when you have 21 women from all over the world that do not know each other but have similar stories, it gets to the point where it’s like…enough.

Though he left the country for a time, Connor’s famous friends still have his back

Connor briefly fled to Japan when the above allegations broke in the summer of 2016. In a since-deleted tweet, he bragged about Kanye West sticking by him and footing the bill for his time abroad. “Lmao Who Do You Thinks Pay For My Japan Living?????,” Connor wrote that July 18. “N!gga Never Discredit My Mind.”

Since then, nothing has come of the nearly two dozen alleged rape allegations against Connor, and he has yet to be charged with a crime. Speaking this past February, Amber Rose called the situation “disheartening.”

“These girls are regular girls who have no voice,” Rose said. “I’ve tried to give them a platform, and everything sort of fell through. People look at celebrities — or influencers — as though they can get any girl they want, so why would they rape girls or sexually assault girls? But they do, and it’s horrible. I believe these girls because they’re from all over the world, they don’t know each other, and they all have the same exact story.”

Furthermore, as the Daily Beast‘s Marlow Stern has pointed out, most of the women who’ve accused Connor of rape “are young, poor, and black, so they were too afraid to report him.”

Plus, as a 2018 Fashion Law article also explained, Ian Connor has many famous and wealthy friends — and if their stature doesn’t intimidate accusers, Connor’s Twitter attacks take over:

There is another element of fear that routinely comes with speaking out against Connor, though, one that Anderson highlighted in her account: Connor –- and “his friends and fans” –- have been known to threaten and harass the women who speak out against him, serving to further compound their trauma….Add to this the excess of public support –- oft by way of social media associations –- and endorsements for Connor and his brand, Revenge x Storm, from individuals ranging from Kylie Jenner to Virgil Abloh. As a result of which Connor has been able to avoid any meaningful ostracization for his alleged transgressions.

(Photo credits: Who is Tommie dating via Instagram, SplashNews.com)