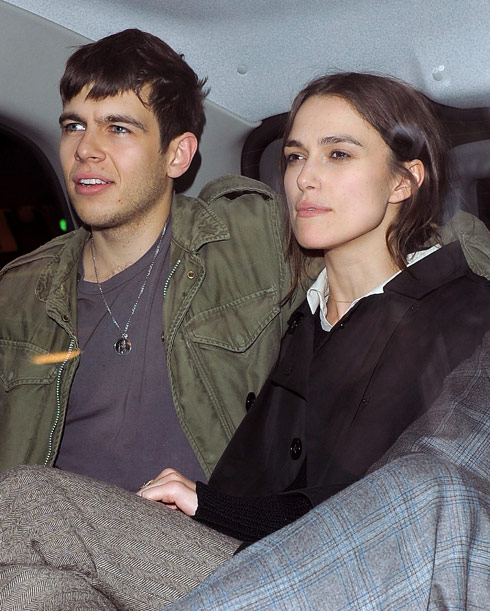 Keira Knightley got engaged. Right on!

More precisely, Keira Knightly said, “I will,” to rocker James Righton. The Oscar nominated actress (Best Performance by an Actress in a Leading Role – Pride and Prejudice 2005) has been dating the indie looker for 15 months.

Righton is the keyboardist for the band Klaxons and just so we all have an idea of what it takes to land a beauty like Knightley here’s an official music video for their song “Golden Skans” which has well over 3 million views on YouTube:

Congrats to Keira and James and score yet another victory for handsome British rock dudes.