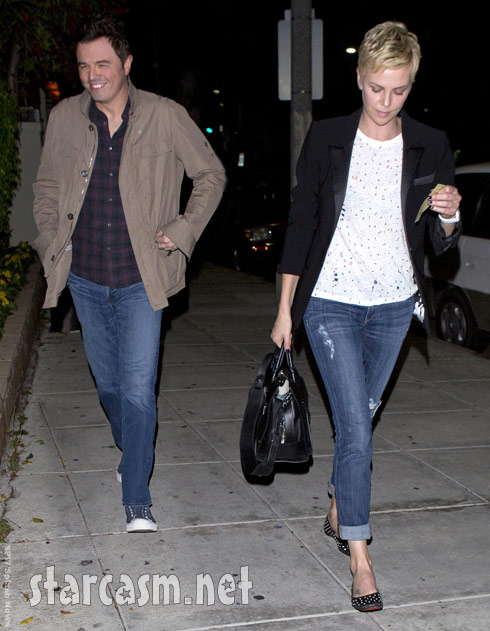 Are Charlize Theron and Seth MacFarlane Hollywood’s next hot couple? After rumors surfaced that the two were dating, the couple seemed to confirm the news by stepping out together for a sushi date in Beverly Hills.

Last night, Charlize and Seth dined at the popular Matsuhisa Restaurant — but the meeting may have been strictly business since Charlize is set to star in Seth’s upcoming comedy, A Million Days to Die in the West, which he both directs and stars. Either way, they are going to be spending plenty of time together once the flick goes into production later this year.

Charlize and Seth were first linked back in February when they were spotted getting cozy (allegedly) at an after party for The Oscars which Seth had hosted. “Charlize was very chatty with Seth and they shared a laugh in between his performances,” an onlooker at the event told E! News. “The party wasn’t packed, but everyone seemed to be enjoying the singing and dancing.”

Seth was previously linked to Game of Thrones actress Emilia Clarke but their relationship reportedly came to an end last month after first meeting in September of last year. Charlize has been single since splitting from her longtime boyfriend Stuart Townsend in January of 2010.

In March of last year, Charlize adopted a baby boy.