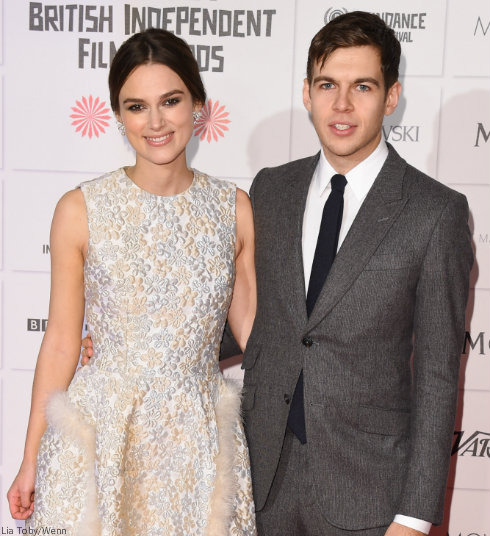 Based on buzz, the upcoming awards season will be a busy one for The Imitation Game‘s Keira Knightley, who already earned a Screen Actors Guild nomination. So, if “multiple sources” are to be believed, we’ll have the chance to watch her baby bump grow!

Page Six reported today that the 29-year-old actress is “more than three months pregnant.” The baby will be the first for Keira and husband James Righton, a vocalist and keyboardist for the Klaxons.

Besides the multiple sources, others noted Keira abstained from alcohol at the Moët British Independent Spirit Awards on Sunday. She also wore a dress with a forgiving waistline. A source said, “Keira and her stylist have been putting together looks that hide her growing bump.”

She will go up against Meryl Streep, Naomi Watts, Emma Stone and Patricia Arquette at the SAG Awards on Jan. 25. Keira didn’t earn a Golden Globes nomination, but is still a strong contender for the Feb. 22 Academy Awards.