If there is an award for most down-to-earth celebrity, I’m officially voting for Keira Knightley.

During Tuesday night’s SeriousFun Children’s Network Gala, the Pirates of the Caribbean actress wore her repurposed wedding dress. Although that’s enough to make waves on the fashion pages of gossip magazines, this was actually the third time Keira’s worn the dress: She wore it once before the wedding, during her May nuptials and now. 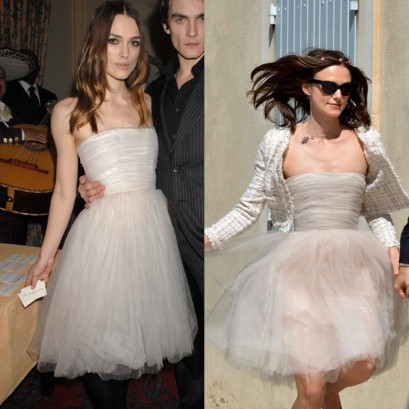 For the most recent event, Keira updated the tulle Rodarte dress with sheer sleeves and an embellished neckline.

She was joined at the event by husband James Righton. 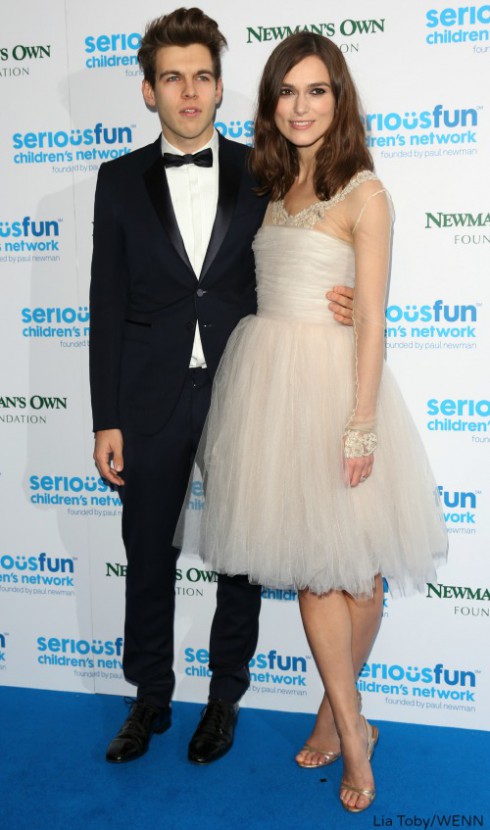 Keira’s savvy style move fits in quite nicely with her general spending philosophy. The actress reportedly only budgeted $45,285 for herself last year. She’s also spoken about her innate frugality…

“Oh, I do like shopping, but only sometimes,” she said in 2010. “The other day I wanted to buy a Burberry coat. I went into the shop, tried it on, looked at the price, nearly died, and then bought it! It was so much fun, but I still have to tell myself it’s OK to do that — isn’t that mad?”