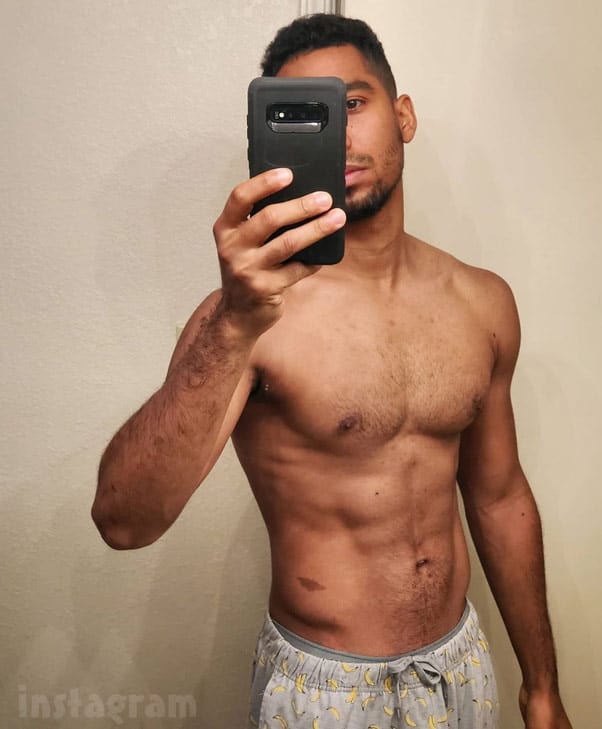 90 Day Fiance couple Chantel and Pedro recently appeared on TLC’s Self-Quarantined series and revealed that they have been on complete lock down since mid-March, aside from Pedro’s occasional trips to the grocery store. But, it seems that Pedro may have also been slipping out to the gym!

Earlier today, Pedro shared a new shirtless selfie on Instagram (above) and reveals that he has lost 45 pounds since late last year! “7 months of hard work and commitment give results from 210lb to 165,” Pedro captioned the image of his lean paquete de seis. “Thanks to everyone for your support,” he added.

So how did Pedro trim down? It certainly wasn’t running around playing Fortnite! He reveals in the caption that the combination of intermittent fasting and Muay Thai boxing was the major reason. Pedro tags personal trainer and kickboxing instructor Tommy Tyler III and reveals that he has been doing his training at Bangkok Boxing in Atlanta.

If you check out the Bangkok Boxing Instagram page, you can see photos and videos featuring Pedro (included below), the first of which looks to have been from back on September 29 of last year. That’s a little more than seven months, so the timing seems about right.

If you’re curious about the lock down and Pedro’s ability to go to the gym, it appears that he may have had to sacrifice his workouts for a couple months. He and Chantel mention that the mandated quarantine where they live was implemented in mid-March. On May 21, Tommy Tyler shared a photo with Pedro at the gym in which both of them are seen wearing masks. “Muay Thai bros!” Tommy wrote. “Welcome back brother!”

Getting back to Pedro’s trim selfie, I’m a little surprised that he lost 45 pounds. He is obviously more svelte now, but given the addition of muscle mass and the fact that he didn’t seem to put on all that much weight, 45 is a lot! Either way, congratulations Pedro!

I gathered a few “before” photos of Pedro for comparison. The photo second from the right was posted in September, which was when Pedro reportedly went back to the gym weighing 210 pounds: 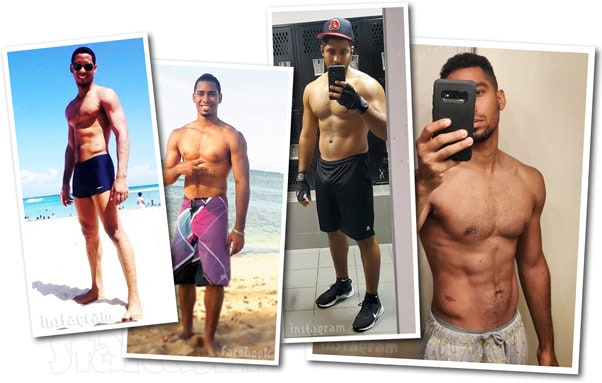 And here are some photos and videos of Pedro in the process of losing all those American calories he harvested:

A post shared by Bangkok Boxing Fitness (@bangkokboxingfitness) on Dec 5, 2019 at 7:51am PST

Fitness kickboxing class. Thanksgiving break is over 29 days left in 2020 time to turn it up lose weight and finish the year our strong. Sign up now Link in our bio. . . #muaythai #muaythaiglobal #boxing #kickboxing #fitness #physicalfitness #kickboxing #selfdefense

A post shared by Bangkok Boxing Fitness (@bangkokboxingfitness) on Dec 2, 2019 at 2:32pm PST