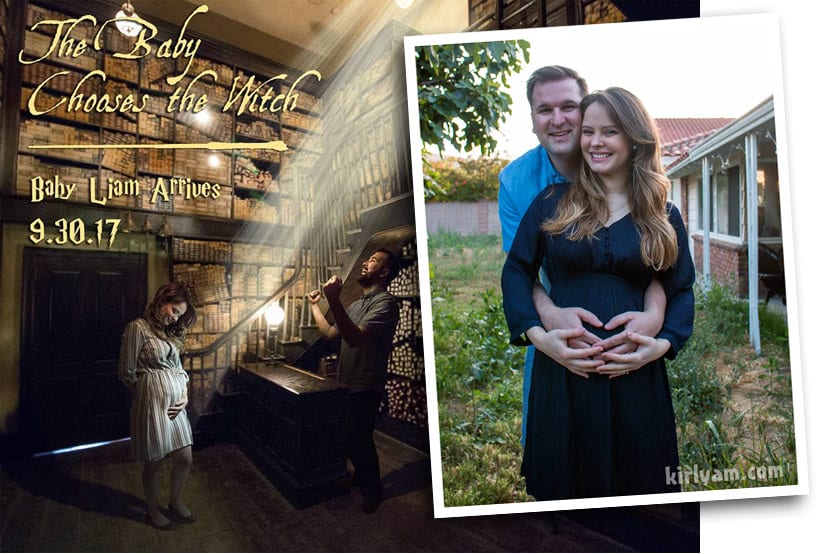 Kirlyam and Alan (Kirlyalan?) announced the pregnancy online back in April with this Harry Potter themed photo with the words “The Baby Chooses The Witch.”

As you can tell in the picture, the couple also revealed that they are having a boy to be named Liam and that he is due September 30! As far as the Pottertastic announcement, Alan explains in the caption:

This is what happens when both you and your wife are diehard #potterheads. @kirlyam_ and I couldn’t be more happy!

I had such a fun time creating this! I wanted to do something that’s never been done before and that was as unique and special as I know Liam will be. “The wand chooses the wizard.”

Here’s a better photo of the beaming mom and dad to be: 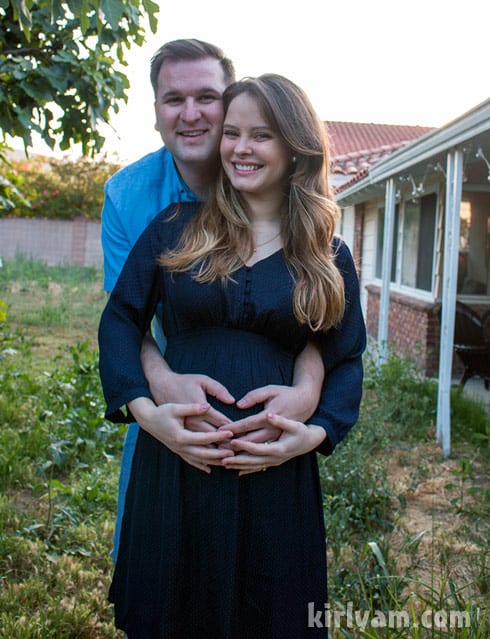 Kirlyam shared details about the pregnancy in a two-part blog post on her website Kirlyam.com. In part one, she explains that she and Alan were visiting her family in Brazil when they received news that their dog Fiona was ill. Fiona was taken to the vet and diagnosed with a tumor in her stomach. She died before Alan and Kirlyam returned, and the couple was heartbroken.

When we returned home, it was even worse. All of her was here. And that pain came back with everything again. Losing a pet is not easy! It hurts in an indescribable way. These little animals were sent ashore to love us without limits and teach us how to be better people. I thank God deeply for the opportunity to meet Fiona and to take care of her for less than two years. She taught me so much! I hope from the bottom of my heart that she knows how much we love her and that we will never forget her.

After we lost Fiona, the house got too big. Alan and I started talking about life and about our future. We had no reason not to add another member to our family.

In her next blog entry, Kirlyam reveals that she and Alan started trying to get pregnant in December, and by late January, Alan was already suggesting that she take a pregnancy test. Kirlyam took an expired one that they had at the house and it came back positive. They read online that expired tests may cause false positives, so they went to a drug store and bought two more. Those were positive and so they returned for another two. After five pregnancy tests came back positive, they finally accepted the fact she was pregnant. 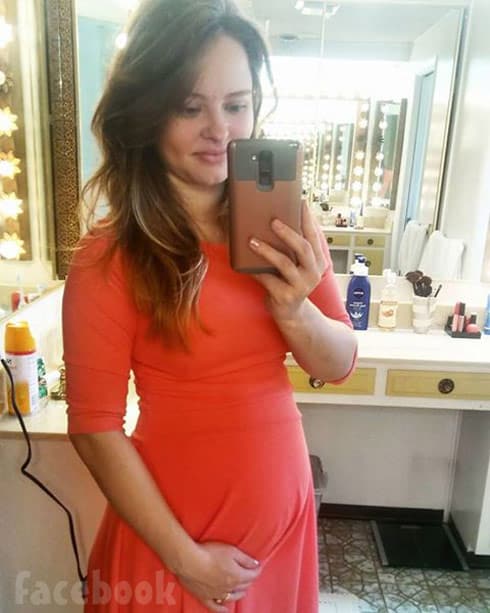 Alan was bursting with excitement! A light lit up his smile like I’d never seen before and it only made me even more in love with him. I? I was totally out of reaction. My mind could not process that information! Did not the doctor say it would take almost a year? How could I be pregnant? How would I take care of a child? I do not know how to be a mother! I do not know how to take care of a baby! Alan was born to be a father, I still had to learn to be a mother! And God bless the baby to be born healthy.

This and more went through my mind in less than a millisecond. After the shock, I started crying desperately (lol). A mixture of pure happiness and fear took over me and all that Alan and I did was hug us to thank God for that miracle.

These last 5 months have been the most incredible of my life! The first ultrasound, the first kick, the first outfit, my body and my mind changing … Everything is different, and I could not be happier. Lovingly named Parasitazinho (lol) Liam is the miracle that made our happiness even greater. I’m learning so much and there’s still more to learn, I know. And I’m grateful for each of those details that have been going on.

I can not wait to get him in my arms and see his little face! God has given us this miracle, and all I do is thank Him for entrusting us both to one of his children.

Congratulations to Kirlyam and Alan! As we have mentioned before, you will be able to catch up with their story (including the pregnancy!) as part of TLC’s new 90 Day Fiance: What Now? digital series. It’s unclear exactly when …What Now? will premiere, though I assume it will coincide with the premiere of 90 Day Fiance: Happily Ever After? Season 2 on Sunday, June 25 at 8/7c on TLC.