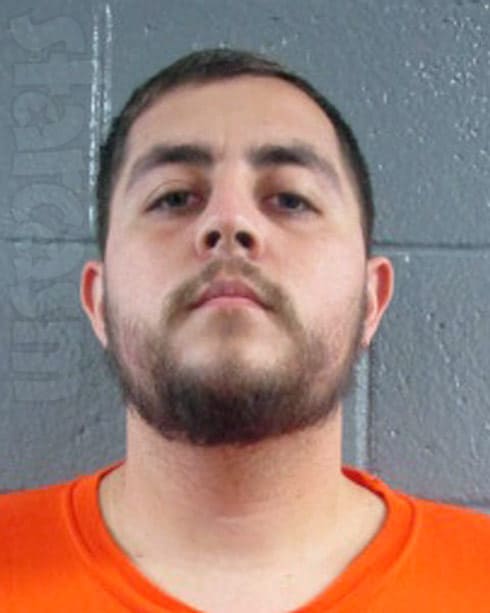 We have obtained Jorge’s most recent mug shot photo (above) from the Arizona Department of Corrections, and the 29-year-old reality star appears to have lost some weight. In the new picture, Jorge not only looks a bit thinner, but also a bit tougher as he tilts his head back and sternly stares down at the camera.

For comparison, here are all of Jorge’s mug shot photos from the past year in chronological order: 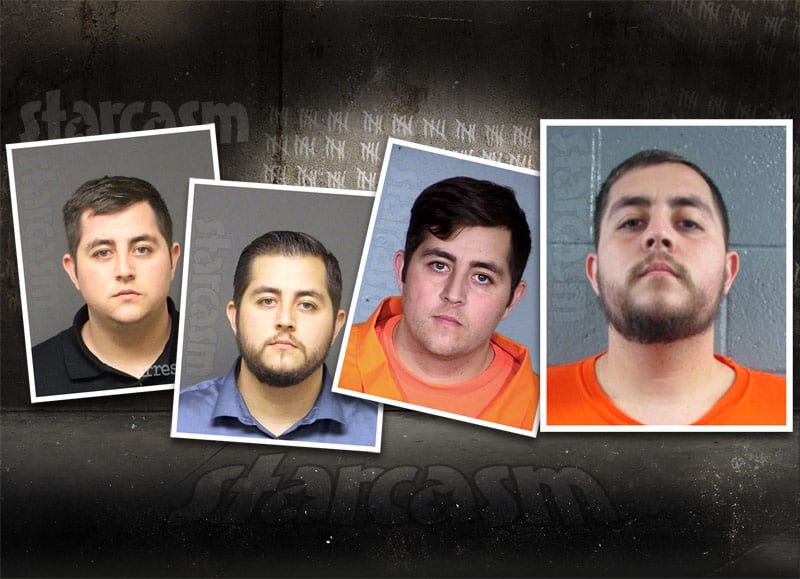 At this rate, there’s no telling how buff Jorge will be by the time he gets out! His full sentence runs through March of 2021, but prison records indicate that his release date is scheduled for August of 2020.

In case you missed it, Anfisa opened up about how difficult it was being without Jorge in an uncharacteristically emotional video back in early December. From our previous post:

“As you know (or maybe not know) my husband got sentenced to 2.5 years in prison on September 7,” Anfisa begins. “To be honest, it has been very hard on me because Jorge and I are not just husband and wife but we are truly best friends and we used to share everything with each other and since we aren’t together physically now and only get to talk to each other once a day it feels like a big part of me was taken away.”

Anfisa being so open and personal about her relationship with Jorge is not something fans are used to, and Anfisa is the first to admit it is difficult for her to open up. “I don’t normally talk about it because I don’t like to show my emotions to the public, especially if I believe that it will make me look weak and pathetic,” she writes. “It’s just the way I am – I’d rather be thought of as a ‘cold hearted b*tch’ than a ‘crybaby’,” she adds.

She then goes on to explain how the photos are connected to the isolation she has been experiencing. “To fill the void that I felt after Jorge was sentenced and I was left on my own I decided to try to stay busy and I do what I enjoy the most and it was working out,” she reveals. “And ONE DAY I want to take it on a higher level and compete in NPC bikini division.”

Let me be the first to express my immeasurable excitement over the possibility of seeing Jorge and Anfisa looking like Mr. and Mrs. Universe in a couple of years! We asked our Photoshop experts to create a rendition of what that might look like, and after hours of hard work, we couldn’t be more proud of the result: 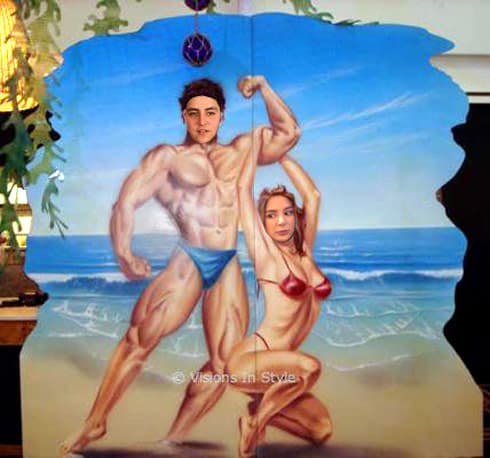 Unfortunately, 90 Day Fiance: Happily Ever After fans will not be seeing Jorge and Anfisa on the upcoming season. Anfisa revealed in a video late last year that TLC and Sharp Productions did invite them back, but they were unwilling to meet the couple’s salary demands, so they declined to be filmed. Of course, we are still hopeful that Jorge and Anfisa will be open to jumping network ships while remaining with Sharp Productions by joining their other hit romance reality series, Love After Lockup on We tv!