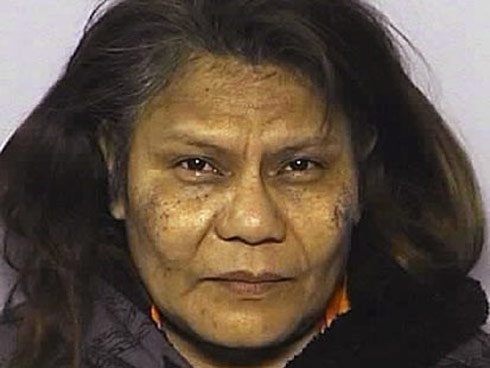 An unnamed teen made a desperate move behind the wheel Friday and her quick thinking very well might have saved her life.

45-year-old Floribert Nava (above), who the teen is said to have known, demanded at gunpoint that she be driven to the home of a Philadelphia couple who had adopted a child that Nava desperately wanted for her own.

The abduction occurred in the teen’s hometown of Wildwood, New Jersey and continued for 90 minutes until the teen decided to take matters into her own hands. As the car reached the Ben Franklin Bridge, the teen quickly turned the wheel, purposefully side-swiping a Delaware River Port Authority police car that was parked on the shoulder assisting a stranded motorist.

She then leaped from the crashed vehicle and informed the officer on duty that she had been kidnapped.

Nava was placed under arrest and a search of the car revealed an airsoft pistol, latex gloves and a bag containing duct tape. Airsoft pistols do not shoot standard issue bullets but discharge small plastic pellets which can pierce skin at close range. Some of these can be indistinguishable from real firearms which may have aided in the kidnapping, officials stated.

Cape May County Prosecutor Robert Taylor said of the girl’s actions, “It certainly was a smart move by the victim.”