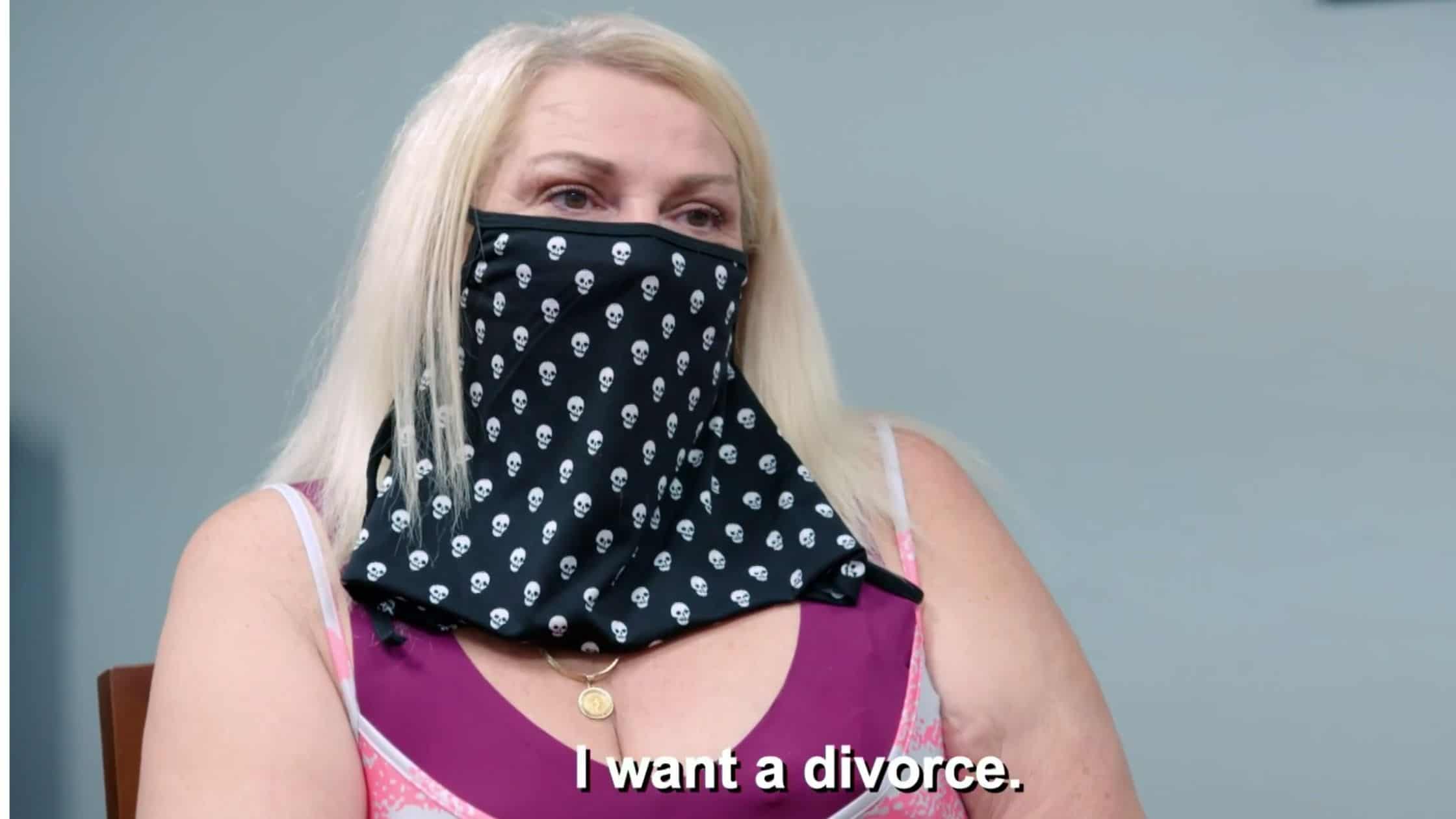 The ending of episode 9 of Season 6 90 Day Fiance: Happily Ever After left us with a cliffhanger about the potential demise of Angela Deem and Michael Ilesanmi’s marriage. Did they end up getting a divorce?

Angela and Michael’s marriage has a number of issues. They are still living apart: he in Nigeria, and her in Georgia. They also don’t communicate regularly. Furthermore, Michael is 34-years-old and wants a family while Angela is 54, which means her reproductive possibilities are limited. She also has children and grandchildren of her own already.

Michael’s storyline this season has revolved around his sister and brothers pressuring him about how he’s going to have a family with Angela. They saw her decision to have a gastric bypass and a boob lift as selfish, as they would rather her work on her fertility to give Micahel a child.

During this episode, Angela calls Michael selfish for not being there for her during her recovery from these surgeries. She suspicious of him, and even reveals a plan to hack his phone.

“Things for me and Michael is[sic] getting worse, and you know I’m really upset because what I see now, Michael is selfish,” she tells the camera before she calls Michael to confront him about their relationship.

“I’m a woman at the end of the day, I need the person who says they love me, by my side, and get me through recovery. He can’t even do that. And I’m sorry if I sound like a b!tch, well you created this b1tch.”

“Michael, I’m just calling to let you know that I don’t appreciate how you treated me since I’ve been in surgery,” Angela tells Micahel pretty much the moment he answers the phone.

“Listen, I called you before your surgery and I call you when . . .” Michael replies before Angela interrupts him. 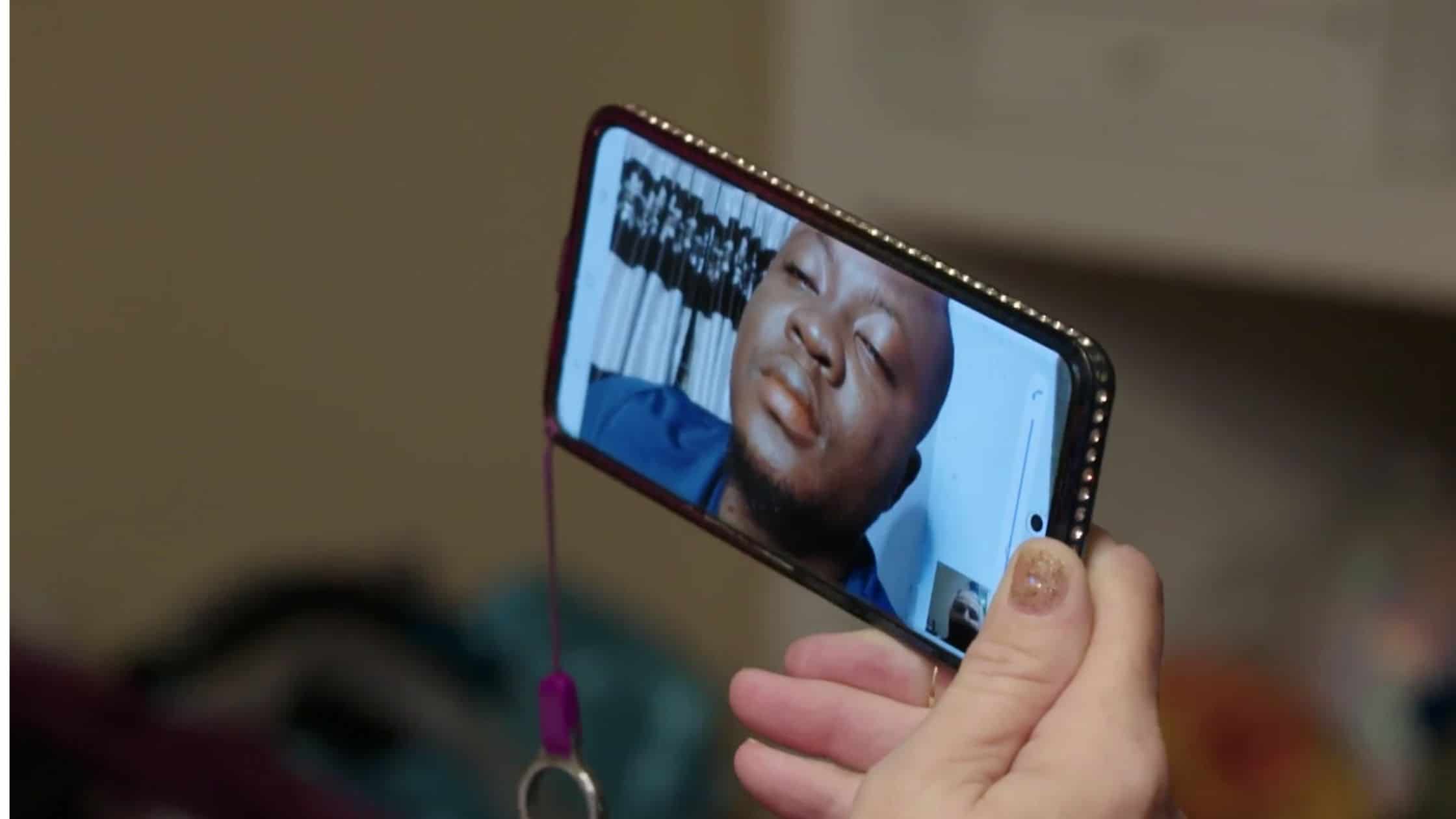 “I didn’t mistreat you,” Michael insists.

She tells him that he’s an “idiot and a joke” and should be with someone who is “stupid and desperate.” She continues the verbal assault by insulting his anatomy.

Michael tries to tell her that he doesn’t want that, but she cuts him off and then hangs up on him. She says she’s done and should have left him a long time ago.

He calls back and asks about her health, which makes her laugh. She says he’s being fake.

He asks why she’s wearing a face-covering to talk to him, but she won’t tell him. She’s wearing the covering not just for COVID, but because she has a tooth abscess that may be affecting the way her mouth looks. Earlier in the episode, Angela blamed her abscess on stress from Michael not being there for her. She has also blamed her inability to quit smoking after 40 years on Michael for not being supportive enough.

“Look, I’m setting you free, go get who you want to get” she tells him.

He replies “I’m not gonna beg you.”

Angela says that she’s done everything she could for him, including marry him, and try to give him babies. “What has he given me? He’s put me through pure hell. So now I’m just cutting my ties.”

The next episode will show Angela going so far as speaking to a divorce lawyer. She has previously revealed that she considered divorce to ET ahead of the season’s premiere.

However, she made is sound like they are still together as of a few months ago. “I know deep in my heart we love each other and we got a lot of stuff to work out, but we can’t do it long distance, you just can’t,” she notes. “We made it this far, we’re probably going to have more bumps. … We’re gonna have our ups and downs, still, that’s part of being married at the first year. Even though we’re married a year, it’s really not a year until we plant our feet down together … the basic stuff that you have to get used to living together. I think we’ll be alright. I just think that we, uh, we have stories and stories ahead of us.”

She still has “Angela & Michael” as her name on her Instagram account, so it seems like she’s trying to work it out with Michael despite their problems.