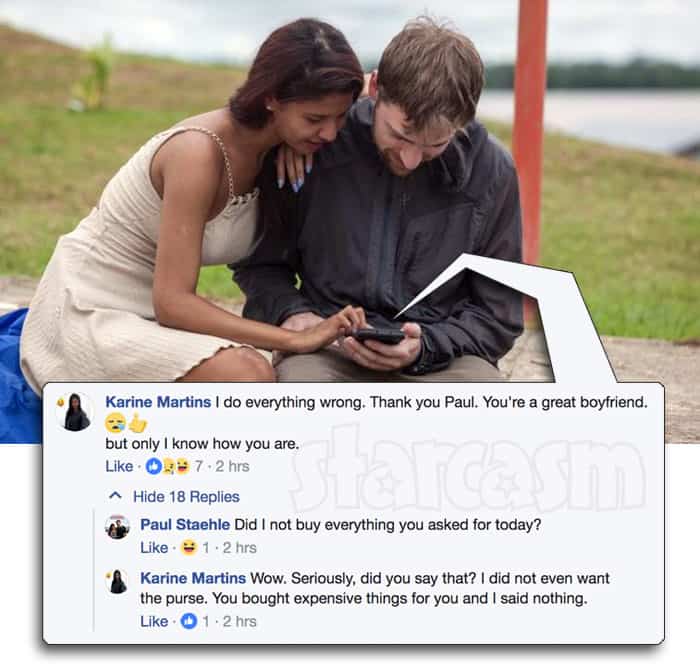 Before the 90 Days‘ Paul Staehle is currently back in Brazil with his STD-free Amazonian love interest Karine, and Paul has apparently taken it upon himself to teach Karine the first lesson of American reality celebridom: Post all of your squabbles on social media.

Things seemed to be going well for the young couple, as Paul shared numerous romantic photos of them together on Facebook. He also shared pictures of the many gifts he brought along on his most recent trip, as well as others that he purchased for Karine after he arrived. Here is Karine learning the addictive joy of Cheetos, followed by #Parine on the beach surrounded by…the chains of love? 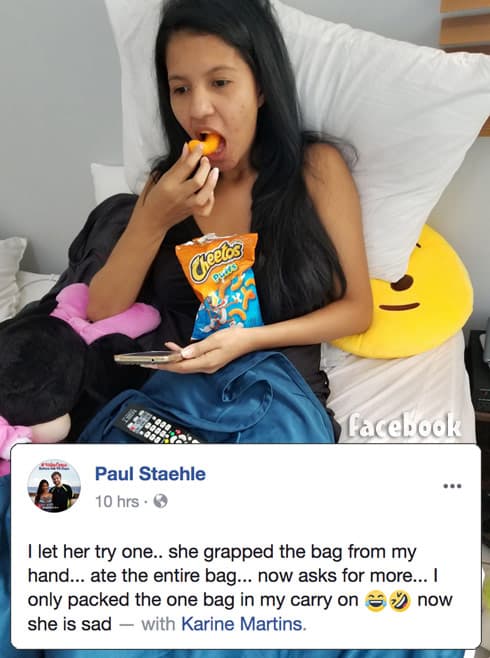 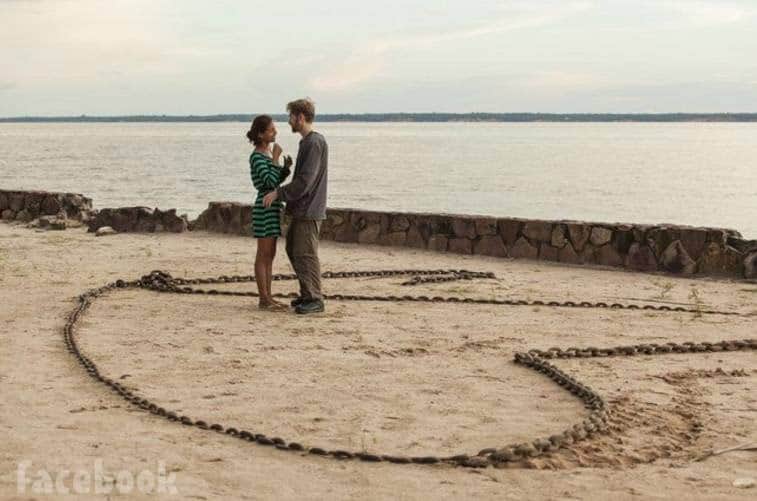 Unfortunately, things went south (or would that be north in Brazil?) earlier today, and it seems that the language barrier was at the root of it. “Looks like I need to double down on my Portuguese studies,” Paul wrote. “Karine is no longer studying or wanting to communicate in English. If she does not study now she will be in for a serious level of stress in the USA. Trust me Not speaking the native language is a utter nightmare.”

A commenter pointed out that they should both be studying, and especially Karine, if she planned on moving to the United States. “She wants me to live here and learn Portuguese is the biggest issue,” Paul responded. “She can care less about coming to USA or speaking English.”

Karine caught wind of Paul’s comments, and she responded (in English — albeit most likely through a translation app): “I do everything wrong,” she wrote. “Thank you Paul. You’re a great boyfriend. ??” She then added: “But only I know how you are.”

Never slow to his own defense, Paul replied in under a minute: “Did I not buy everything you asked for today?”

“Wow.” Karine replied. “Seriously, did you say that? I did not even want the purse. You bought expensive things for you and I said nothing.”

She added another comment that sounded even more drastic: “Do not worry. Things are in the apartment. You can keep everything.”

“Karine I bought for you as gifts,” Paul pleaded. “I want you to be happy.” He added another comment in which he asked: “Do I not do anything you ask??”

A commenter interjected on Karine’s behalf: “You both should stop! She is trying hard! I know that because I was talking to her the whole week before you go to see her Paul. You should see how excited she was about learning the language.”

Karine’s response had a bit of a translation problem towards the end: “I do not care anymore. Paul does not struggle to learn Portuguese and only loves me. But everything. Thanks.”

“I am studying??” Paul insisted. That’s good to hear! As viewers of the show know, Paul is not very good at sign language improv: 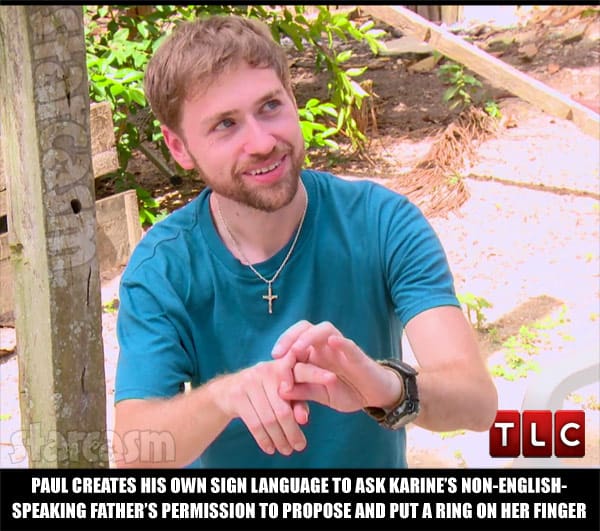 The commenter returned and offered up some sage wisdom: “The language will be a problem for you both. You guys should stop talking about it here people see that and believe me when I say they will love to know you guys are having trouble.”

“Thanks,” Karine replied. “You are my angel. You know it.”

That’s pretty much it for the public drama — for now. Paul did make another Facebook post after the one above, though. “This social experiment has given me a serious new sense of empathy for Immigrants in America,” he wrote.

Paul mentions numerous times that he is still filming, so I assume it is for a new season of Before the 90 Days — or perhaps 90 Day Fiance, although I doubt they will be able to move the K-1 visa process along that quickly. Of course, if they plan on marrying in Brazil, then who knows what show it will be!?

Meanwhile, you can continue to follow Paul and Karine’s journey with new episodes of Before the 90 Days airing Sunday nights at 9/8c on TLC.

UPDATE – Paul posted another update on Facebook in which he reveals that Karine decided to go out for a night on the town without him. He used the opportunity to reflect on his life and exercise his empathy on those deployed in the military:

PAUL: As I clean this apartment all alone. I think about taking my dog Sas for night walks with mother. Hearing dads constructive criticism about everything I do. I have been through military boot camp ,Jail , Prison, been in situations through out my life where I had to be away from my friends and family. The key is to stay busy and your mind off of the fact. I feel for men and women deployed in the military who do not have a choice of where or when they travel. I respect Karine wants to go out alone it is the weekend. And I don’t drink. Not big on all night partys. After I finish cleaning up , knock out the laundry and dishes maybe. I will study Portuguese and hit the upstairs gym to continue to keep my mind busy.

COMMENTER: I really like Karine and you two together but I have to admit that I would think that she wouldn’t go out to party, especially without you, during your little time there. For me personally if i were in your shoes I could understand your disappointment and sadness over this. I hope things turn around for you two by the end of your trip.

PAUL: Karine is an adult woman. I do not expect her to give up her family or social life and revolve her life solely around me. I gave her money to have to have some fun and get a taxi to and from. I love and trust her completely.

UPDATE – Paul shared this the following day: “Karine Martins came home last night. Feeling Sad in tears over the Facebook posts. I in no way meant to offend her or make her feel bad or obligated to return.” Karine seemed to remain irritated with her response in the comments section: “stop talking about our life Paul Staehle ???” (Paul was banned from Facebook soon after this latest post. Click here to get more info, including photos of Paul and Karine wearing Halloween costumes that show they both have a sense of humor about his troubled past.)