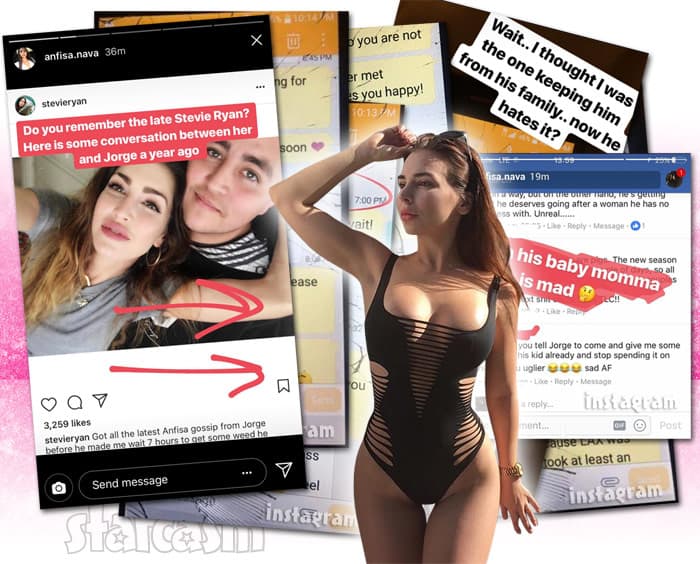 90 Day Fiance star Anfisa Nava shocked fans late last night by posting a series of alleged text messages between her husband Jorge Nava and the late Stevie Ryan, in addition to a separate Facebook message from a “baby momma” wanting money from him!

It’s unclear exactly what set Anfisa off, but she began her posts with a photo of comedian Stevie Ryan with Jorge and wrote “Do you remember the late Stevie Ryan? Here is some conversation between her and Jorge a year ago.”

That post was followed by a series of photos of text message conversations allegedly between Jorge and Stevie in which the two appear quite friendly and arrange a “date” together. The images are actual photos of a separate phone with a severely cracked screen, so I am wondering if perhaps this is Jorge’s phone after Anfisa found out? Regardless, here are the messages: 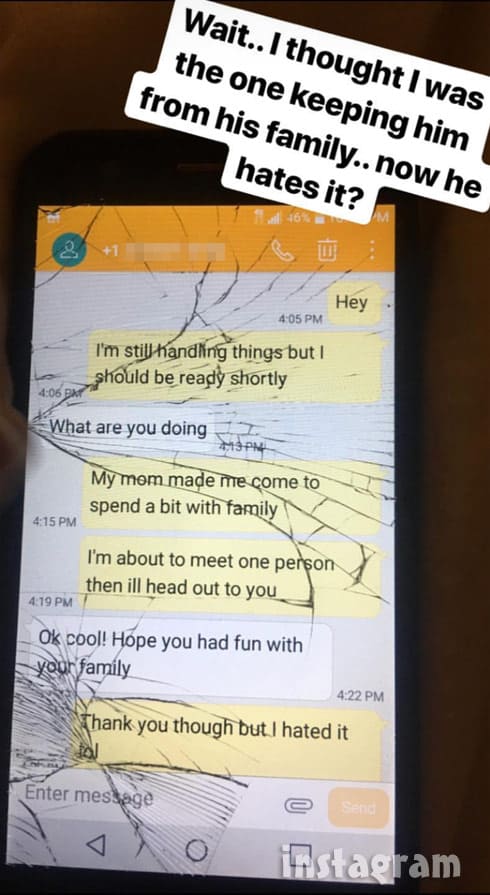 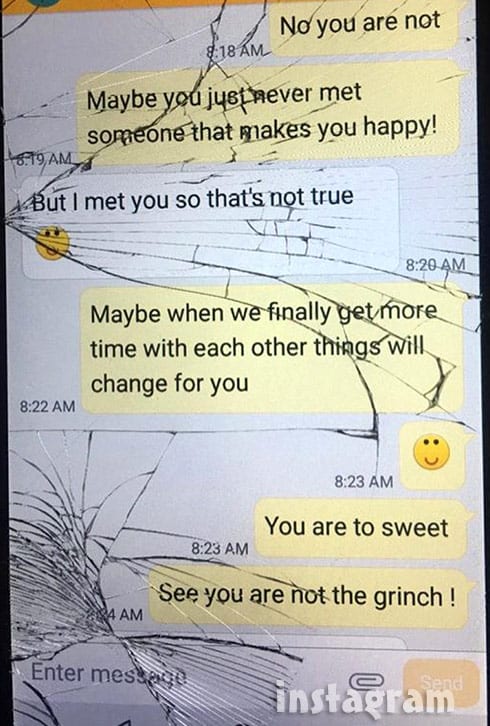 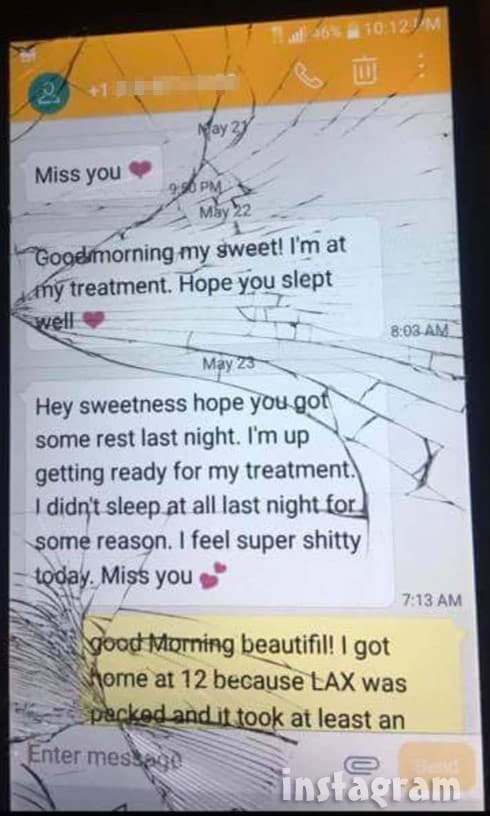 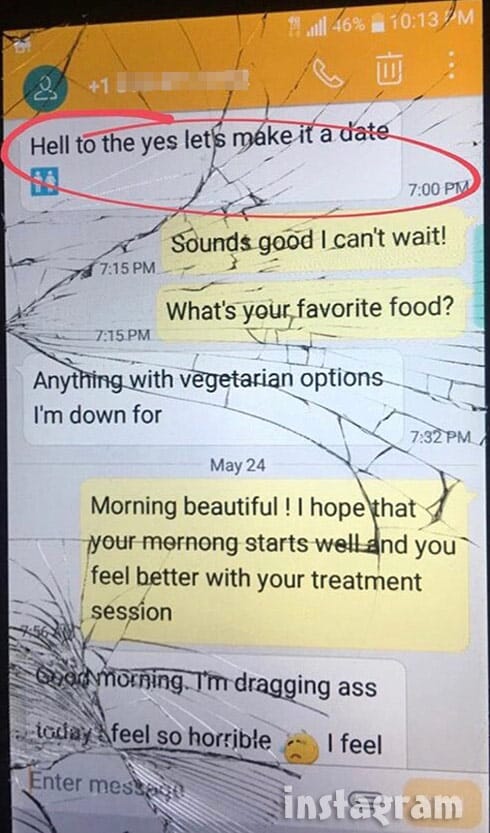 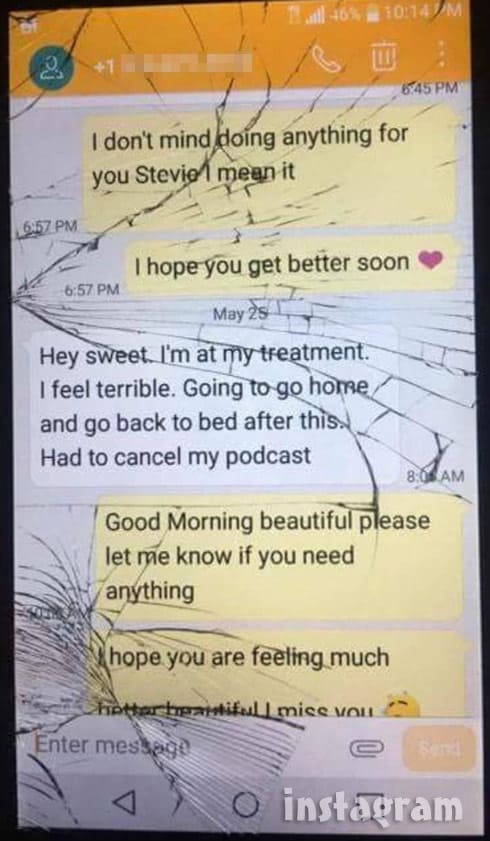 And here is a Facebook comment from someone who wrote “Why don’t you tell Jorge to come and give me some money for his kid already and stop spending it on making you uglier.” She then adds a series of ? emoji and concludes: “sad AF.” 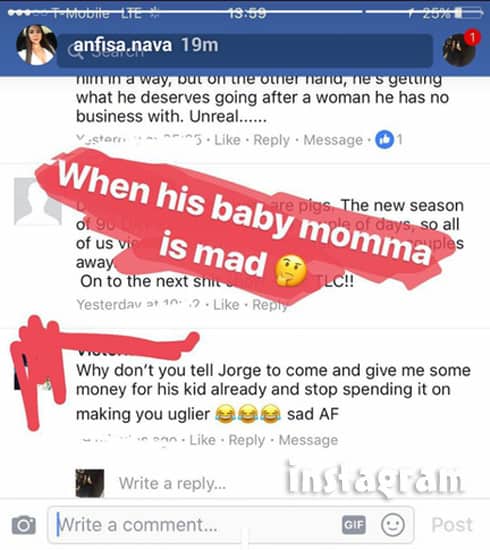 After her series of posts, Anfisa returned to Instagram to explain her actions with this message:

Alright, enough with bad vibes. The point was to show you that not everything you see on TV is true. I usually prefer to keep my feelings and personal life private, but some of you take it too far in my comments so there goes your proof that a person that seems innocent may actually be a liar and a cheater. Don’t judge my path if you haven’t walked my journey. Thank you for you supportive messages last night ❤️

In addition to any supportive messages she may have received, Anfisa was also inundated with criticism for calling out Stevie Ryan by name after she had passed away.

In case you missed it, one of Stevie Ryan’s previous encounters with Jorge made headlines early last year. I did a complete recap of Stevie’s account of what happened, which I summarized this way:

Comedian Stevie Ryan ordered weed from 90 Day Fiance marijuantrepreneur Jorge, but he failed to deliver after making her wait seven hours – so Stevie spilled the tea on his wife Anfisa by revealing that the couple actually met via a webcam site, Anfisa can be found on P0rnhub, and she is currently with another man and working as a stripper.

At the time, the story was pretty funny to me, but after Stevie committed suicide in July of last year after a long battle with depression, the story just makes me sad.

It is unclear at this point if Anfisa and Jorge are still together or not. They posted a Youtube video together last month and seemed great, but fans of 90 Day Fiance know that with Anfisa, that can all change in the blink of an eye. The two are reportedly filming with TLC, and it is assumed they will reprise their roles on Happily Ever After, so I imagine all of this will be playing out on the small screen soon. Some fans are even speculating that Anfisa’s outburst may have just been a dramatic publicity stunt to garner headlines before a premiere date is announced and the show returns.

What’s your opinion on all this? Do you think Anfisa and Jorge are seriously on the outs? And was Anfisa wrong in naming Stevie Ryan in her outburst?